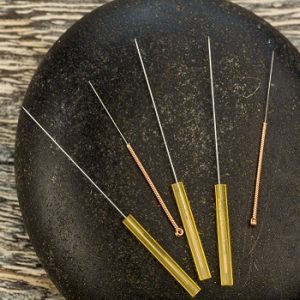 Acupuncture can produce long-term, reductions in the intensity, duration and symptoms of period pain, as well as significant improvements in quality of life. [Photo: Bigstock]

Primary dysmenorrhea (period pain) is the most common health complainant in women of childbearing age, with up to four in five women suffering at some stage during their reproductive years.

» Studies have shown that acupuncture can help relive period pains, but it is not entirely clear which type – or ‘dose’ – of acupuncture is the most effective.

» In a new study from New Zealand researchers found that – contrary to expectation – manual stimulation with acupuncture needles, was more effective than electro-stimulation.

» When administered over three sessions in the week prior to menstruation, women with regular period pains experienced a drop in pain, and in the use of pain medications, as well as a boost in feelings of vitality and increased participation in sports and social activities.

Over half the women receiving traditional manual acupuncture had a least a 50% cent reduction in their severity of period pain over the three months of treatment.

Researchers also found a connection between both the treatment timing and frequency, with those receiving high frequency treatments experiencing greater improvements quality of life, including feelings of vitality and increased participation in sports and social activities

A reduction in pain relief medication when using manual acupuncture compared to electro-acupuncture was also found.

Lead researcher Dr Mike Armour of Western Sydney University and the Department of Obstetrics and Gynaecology, University of Auckland says the results are promising and may lead to the development of evidence-based guidelines for acupuncture in the treatment of period pain and its associated symptoms.

“Pragmatic trials of acupuncture have shown a reduction in pain intensity and an improvement in quality of life in women with period pain, however evidence has been limited for how changing the ‘dosage’ of acupuncture might affect the outcome,” he says.

“Our pilot study found that using manual stimulation of the needles, rather than an electrical pulse, commonly used in many Chinese studies for period pain, resulted in reduced need for pain relieving medication and improvement in secondary symptoms such as headaches and nausea. The latter was unexpected and will be explored further in future, larger trials.”

Acupuncture can produce long-term, reductions in the intensity, duration and symptoms of period pain, as well as significant improvements in quality of life. [Photo: Bigstock]