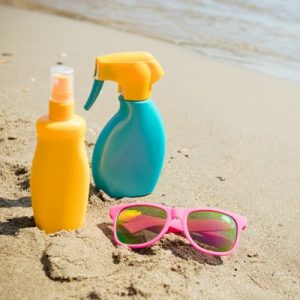 Many sunscreening ingredients have not been fully tested for safety. [Photo: Bigstock]

Health News — After just one application of sunscreen a range of worrying chemicals can be absorbed into the bloodstream at levels that exceed official safety thresholds.

That’s the conclusion of a new study from the Center for Drug Evaluation and Research, part of the US Food and Drug Administration.

There are two basic types of sunscreen. Mineral sunscreens sit on top of the skin and reflect the rays away. Chemical sunscreen are designed to be absorbed into the skin. Sunscreens are still considered effective as part of a multifaceted approach to sun protection that includes protective clothing sunglasses, seeking shade and staying out of the sun when it is at its most fierce. But the chemicals in many sunscreens continue to be concerning – not least of which because they are so poorly studied.

The FDA findings, published in the medical journal JAMA, build on those of a pilot study published by the agency in 2019. That study, looked at four popular chemical sunscreens – avobenzone, oxybenzone, octocrylene, and ecamsule – were absorbed from the skin into the bloodstream after a single day of use.

And randomly assigned 48 volunteers (average age of 38.7 years; 50% women; 48% white) to apply sunscreen that contained one or more of these sunscreening chemicals via an aerosol spray, lotion, nonaerosol spray or pump spray.

Sunscreen was applied to 75% of body surface area over 4 days. It was applied in the exact same amount once on day 1 and four times during the remaining 3 days at 2-hour intervals.

The study was conducted in doors. Although conducting the study outside would be more indicative of a real-life setting, the researchers conducted the study indoors, noting that “the data would have likely been more variable because of the need to control for heat, humidity, wind and cloud cover.”

Blood samples collected and analysed over the study and found that the average plasma concentrations of all six active ingredients were greater than 0.5 ng/mL after a single application on day 1 – higher than recommended safe levels for these chemicals.

After day 1, the concentration of the six chemicals in the blood increased each day of application, and remained above FDA safety levels at day seven, well after application had ended. Two of the chemicals – homosalate and oxybenzone – remained well above safety thresholds 21 days after the first application.

Researchers went out of their way to stress that the fact that an ingredient is absorbed through the skin and into the body doesn’t mean it is unsafe, said Dr. Janet Woodcock, director of the Center for Drug Evaluation and Research, the arm of the FDA which conducted the studies.

“Rather, this finding calls for further industry testing to determine the safety and effect of systemic exposure of sunscreen ingredients, especially with chronic use,” Woodcock said.

Nevertheless these are chemicals – many of them hormone disrupting – that should not be in the body in any quantity. The fact that they remained in the body even after the trial was stopped suggests

Commenting on the study David Andrews, a senior scientist for the Environmental Working Group (EWG), a consumer organization which advocates for sunscreen safety, said

“What is most alarming about these findings is that chemicals are absorbing into the body in significant amounts and the ingredients have not been fully tested for safety,”

He added: “If companies want to keep these ingredients in products, they need to urgently test for potential harm to children and harm from long-term use.”

Many sunscreening ingredients have not been fully tested for safety. [Photo: Bigstock]