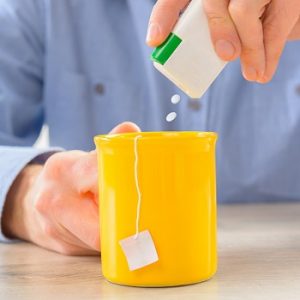 Drinking beverages containing low-calorie sweeteners may not help you lose weight and may even be bad for your health, according to new research published in the Canadian Medical Association Journal.

The researchers, who reviewed a number of studies, found that people who regularly consume low-calorie sweeteners (such as aspartame, sucralose and stevioside) tend have a higher risk of long-term weight gain, obesity, type 2 diabetes, hypertension and heart disease than those who don’t.

Obesity is a growing, global problem, and excess sugar consumption is suspected of being a major factor in this grim trajectory. In an effort to avoid the health consequences of consuming too much sugar, people have been switching to low-calorie sweeteners. Consumption of these sweeteners has increased significantly in recent years, and the trend is expected to continue.

However, a number of recent studies – including animal studies – have suggested that low-calorie sweeteners may not be that good for your health. For example, there is some evidence that they may negatively affect glucose metabolism, gut microbes and appetite control.

But small, individual studies don’t always give a complete picture. In order to get a better idea of what low-calorie sweeteners are doing to our health, the researchers in this latest study conducted a systematic review with a meta-analysis. This means they pooled data from the best studies they could find and re-analysed the combined data in order to generate more reliable statistics.

For their review, the researchers analysed data from seven randomised controlled trials (the “gold standard” for clinical studies) and 30 observational studies. In all, the studies included 400,000 participants.

» The long held assumption that artificial sweeteners can aid weight loss are rapidly breaking down.

» When researchers pooled together the results of several different high quality trials they found that, in fact, they increased weight gain. But that’s not all they found.

» The studies also showed that regular consumption of foods sweetened with fake sugar also increased the risk of hypertension, metabolic syndrome, type 2 diabetes and heart disease (including stroke). In this respect they may be just as dangerous as sugar.

The trials, which included 1,003 participants who were followed for an average of six months, showed no consistent evidence that low-calorie sweeteners helped people manage their weight. The observational studies, which followed people for an average of ten years, found that people who regularly drank low-calorie sweetened drinks (one or more drinks a day) had an increased risk of moderate weight gain, hypertension, metabolic syndrome, type 2 diabetes and heart disease (including stroke).

Randomised controlled trials can prove that one thing causes another, but observational studies can only show an association between things. So we need to treat the findings from observational studies with more caution, as there may be other factors (known as “confounders”) that explain the associations. For example, it is possible that heavier people consume drinks with low-calorie sweeteners to try and lose weight, rather than that the consumption of these drinks cause an increase in weight.

How does it compare with sugar?

Unfortunately, none of the studies in the review compared consuming low-calorie sweetened drinks with sugary drinks. What is clear from earlier studies is that there is a close parallel between the rise in sugar consumption and increases in global obesity. And other studies have found that consuming sugar-sweetened beverages is associated with an increased risk of type 2 diabetes and coronary heart disease, independent of weight.

It has become increasingly clear: sugar is very bad for your health. So it seems logical to assume that if high calorie sugar is replaced with low-calorie sweetener then we reduce the risk of weight gain, type 2 diabetes and heart disease. What this latest study suggests is that this may not be the case.

The evidence against low-calorie sweeteners may not be watertight, but, if the latest review is correct, it might be best if we avoided them. Maybe we’ll just have to wean ourselves off sweet-tasting foods altogether, regardless of what they’re sweetened with.