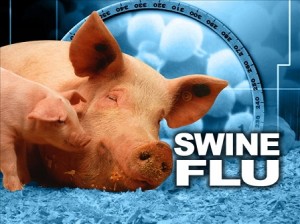 Natural Health News — Nearly 800 children in Europe have developed narcolepsy, an incurable sleep disorder, after being immunized with the Pandemrix H1N1 swine flu vaccine produced by the British drugmaker, GlaxoSmithKline in 2009.

According to a report from the Reuters news agency, reports of spikes in narcolepsy cases are also surfacing in Finland, Norway, Ireland, France and Sweden.

During the 2009-2010 H1N1 swine flu pandemic, the vaccine was given to more than 30 million people in 47 countries. So far, a total of 795 people have reported developing the incurable sleep disorder after receiving the vaccine. Because it contains a booster, drug regulators have concerns about the vaccine and the shots have not been given here in the U.S.

Experts remain hesitant to blame the vaccine. Questions still remain regarding how the narcolepsy cases might be linked to Pandemrix, what the triggers and biological mechanisms might have been, and whether or not genetic susceptibility have anything to do with it.

“There’s no doubt in my mind whatsoever that Pandemrix increased the occurrence of narcolepsy onset in children in some countries – and probably in most countries,” says Emmanuel Mignot, a specialist in the sleep disorder at Stanford University in the US, who is being funded by GSK to investigate further.

And yet scientific reticence remains;“No-one wants to be the next Wakefield” Mignot adds.

Mingot is referring to British doctor Andrew Wakefield whose research sparked a bitter and decades-long debate about the safety of the measles, mumps and rubella (MMR) vaccine.

Many doctors still consider Wakefield’s claims to be false. Nevertheless, some of those false claims are now turning into compensation payments for vaccine damaged children.

The high cost of timidity

Goran Stiernstedt, a public health official in Stockholm, Sweden, questions the high cost of this scientific timidy and wonders if things should have turned out differently.

The World Health Organization estimates that more than 18,500 people were killed during the 2009-2010 swine flu pandemic. Stiernstedt estimates that approximately 5 million people in Sweden received the shot. He also estimates that between 30 and 60 people in his country were saved from swine flu death. Yet, more than 200 cases of narcolepsy have already been reported in Sweden.

“This is a medical tragedy,” he said. “Hundreds of young people have had their lives almost destroyed.”

It’s estimated that between 200 and 500 people out of every million suffer from narcolepsy, an incurable, life-long condition which causes nightmares, hallucinations, sleep paralysis and episodes of cataplexy, a condition which occurs when strong emotions trigger a sudden and dramatic loss of muscle strength.