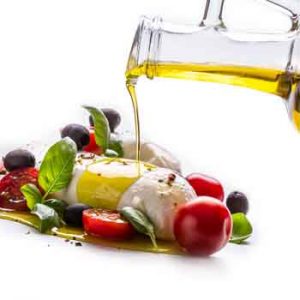 Natural Health News — Eating a Mediterranean diet could help give your memory a boost.

The study in the journal Frontiers in Nutrition showed that sticking to the Mediterranean diet wasn’t just good for the heart; it also slowed rates of cognitive decline, reduced the risk of Alzheimer’s, and improved brain function.

The primary foods in the Mediterranean diet include plant foods, such as leafy greens, fresh fruit and vegetables, cereals, beans, seeds, nuts, and legumes. This way of eating is also low in dairy, includes minimal red meat, and uses olive oil as its major source of fat.

» Australian researchers have investigated whether the benefits of a Mediterranean diet – which is low in red meat and high in vegetable and fruit and healthy fats – extend beyond the body to include the mind.

» Analysis of the available evidence showed that a Mediterranean diet improved attention, language skills and in particular memory in both older individuals and younger ones.

» The researchers say the results showing a preventative effect of the Mediterranean diet are of particular importance given that our global population is rapidly ageing.

To investigate, researchers from Australia evaluated all the available studies, published between 2000-2015, that investigated if and how a Mediterranean diet (MedDiet) may impact cognitive processes over time. In total, 18 out of the 135 articles met their strict inclusion criteria.

“The most surprising result was that the positive effects were found in countries around the whole world. So regardless of being located outside of what is considered the Mediterranean region, the positive cognitive effects of a higher adherence to a MedDiet were similar in all evaluated papers;” said lead author Roy Hardman from the Centre for Human Psychopharmacology Swinburne University of Technology in Melbourne.

Diet is something we can all change

“Why is a higher adherence to the MedDiet related to slowing down the rate of cognitive decline? The MedDiet offers the opportunity to change some of the modifiable risk factors,” he explained.

“These include reducing inflammatory responses, increasing micronutrients, improving vitamin and mineral imbalances, changing lipid profiles by using olive oils as the main source of dietary fats, maintaining weight and potentially reducing obesity, improving polyphenols in the blood, improving cellular energy metabolism and maybe changing the gut micro-biota, although this has not been examined to a larger extent yet.”

Moreover, say the researchers, the benefits to cognition afforded by eating this way were not just seen in older people. Two of the studies reviewed focused on younger adults and they both found objective improvements in brain function.

The scientist stress that research in this area is important due to the fact that our global population is ageing. They suggest that a Mediterranean diet could be an essential tool to maintain quality of life and reduce the potential social and economic burdens of non-communicable disease like dementia.