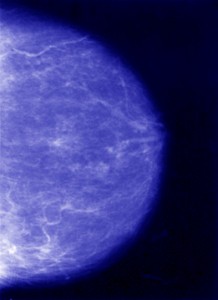 Patients poorly informed of the harm caused by screening tests

Natural Health News — Before being screened for a disease, patients should be armed with the full story – making sure they know the benefits, the harms and the scientific uncertainties associated with the routine screening test, according to a new review.

The paper appears in the prestigious Journal of the American Medical Association (JAMA) and discusses the potential harms of screening tests and reviewed the attitudes about these harms, which has shifted within medicine in recent years.

These include iatrogenic, or medically induced complications (for example perforation from colonoscopy), anxiety over abnormal results, and a cascade of follow-up tests and treatments. Screening can also precipitate over-diagnosis and therefore unnecessary drug and surgical treatments.

“People assume that getting screened for a disease is a ‘no-brainer,’” said co-author Steven H. Woolf, MD, MPH, professor in the Virginia Commonwealth University Department of Family Medicine and director of the VCU Center on Human Needs.

“There is presumably much to gain and little to lose by detecting diseases early. A common perception is that anyone objecting to screening must be worrying about costs, but most guidelines that set limits on screening are concerned about potential harms,” he said.

Not always good for your health

According to Woolf, the article draws attention to the “stark reality that screening tests are not always good for public health,” as well as discussing the increasing concerns being raised by the American Cancer Society and other professional organizations about screening tests.

“Being more mindful of limitations and downsides will make patients more informed consumers,” Woolf said. “They may still choose to be screened, but being armed with the full story will prepare them should they experience complications or later discover that the disease went undetected even with screening.”

Even breast cancer screening can cause harm

The JAMA study comes at the same time as the publication of a new book ‘Mammography Screening Truth Lies and Controversy’ by Prof Peter Gøtzsche, director of the Nordic Cochrane Centre, Copenhagen. In his new book Prof Gøtzsche argues that women undergoing breast cancer screening are being “misinformed” and are not told about the risks of over-diagnosis.

In September 2011 Gøtzsche co-authored a paper published in the Journal of the Royal Society of Medicine, (JRSM).

The paper, ‘The Breast Screening Programme and Misinforming the Public’, which looked specifically at breast screening programmes in the UK called for “more honesty” from the NHS. It argued that harm has been “downplayed” and that the information given to women about screening has remained largely unaffected by “repeated criticism and pivotal research” which has questioned its benefits and documented how it can lead to substantial over-diagnosis.

Doctors stuck in the past

The paper noted that many doctors beliefs had not changed in 25 years and that the lack of accurate balanced information means that, “Women therefore cannot make an informed choice whether to participate in screening.”

“The claim that death rates have fallen ‘in part from earlier diagnosis associated with screening’ is astonishingly misleading,” says Gøtzsche.

“Deaths from breast cancer are falling because treatment is improving. There’s been a similar fall in the age-groups not invited to screening.” What is more, he added, “Danish data has demonstrated that because of over-diagnosis, screening increases the use of mastectomies substantially.”