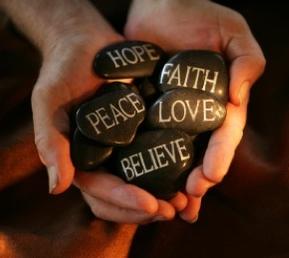 Cultivating a spiritual life can significantly protect against depression, even in those with a family history of the disease

Natural Health News — Regular meditation or other spiritual or religious practice alters the structure of the brain in a way that offers protection against depression – particularly in people who are at high risk from the disease.

It has long been accepted that spiritual or religious practices can induce a sense of relaxation and well being as well as a sense of belonging that is protective, but now researchers at Columbia University have shown that it can also lead to a thickening of the cerebral cortex – the outermost layered structure of neural tissue sometimes referred to as ‘grey matter’.

Previous data has shown that in families with a history of depression there is a significant thinning in this area.

This new study, published online by JAMA Psychiatry, involved 103 adults at either high or low risk of depression, based on family history.

The people were asked how highly they valued religion or spirituality and how often they attended religious services over a five-year period. Brain MRI scans showed thicker cortices in subjects who placed a high importance on religion or spirituality than those who did not. The relatively thicker cortex was found in precisely the same regions of the brain that had otherwise shown thinning in people at high risk for depression.

Although more research is necessary, the results suggest that spirituality or religion may protect against major depression by thickening the brain cortex and counteracting the cortical thinning that would normally occur with major depression. The study, is the first published investigation to suggest a physically protective effect of spirituality and religion against depression.

“The new study links this extremely large protective benefit of spirituality or religion to previous studies which identified large expanses of cortical thinning in specific regions of the brain in adult offspring of families at high risk for major depression,” said one of the study’s authors Lisa Miller, professor and director of Clinical Psychology and director of the Spirituality Mind Body Institute at Teachers College, Columbia University.

Co-author Myrna Weissman, professor of psychiatry and epidemiology at Columbia University and chief of the Clinical-Genetic Epidemiology department at New York State Psychiatric institute, adds: “Our beliefs and our moods are reflected in our brain and with new imaging techniques we can begin to see this. The brain is an extraordinary organ. It not only controls, but is controlled by our moods.”

Previous studies by the same researchers showed a 90% decrease in major depression in adults who said they highly valued spirituality or religiosity and whose parents suffered from the disease. While regular attendance at church was not necessary, a strong personal importance placed on spirituality or religion was most protective against major depression in people who were at high familial risk.

Cultivating a spiritual life can significantly protect against depression, even in those with a family history of the disease