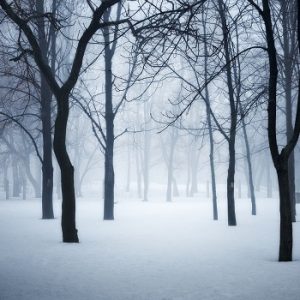 You don't need to go to venture out into the freezing cold - just turn the heating down a bit! [Photo: Bigstock]

Colder weather could be a dieter’s best friend

Natural Health News — If you are looking for an excuse to turn down the heating – apart from the spiralling cost of your energy bills – consider this.

Regular exposure to mild cold may be a healthy and sustainable way to help people lose weight, according to researchers in the Netherlands.

Writing in the journal Trends in Endocrinology & Metabolism the researchers suggest that the flip side of this means our warm and cosy homes and offices might be partly responsible for our expanding waistlines.

“Since most of us are exposed to indoor conditions 90% of the time, it is worth exploring health aspects of ambient temperatures,” said lead author of the article Wouter van Marken Lichtenbelt of Maastricht University Medical Centre.

“What would it mean if we let our bodies work again to control body temperature? We hypothesize that the thermal environment affects human health and more specifically that frequent mild cold exposure can significantly affect our energy expenditure over sustained time periods.”

Lichtenbelt and his colleagues started studying the effects of mild cold about 10 years ago. Earlier studies focused primarily on the extreme for application to the military, firefighters, and others. But studies began to show big differences amongst people in their response to mild cold conditions.

This led researchers to an important discovery: heat-generating, calorie-burning brown fat isn’t just for babies. Adults have it too and some more than others.

Bear the cold, burn the fat

Lichtenbelt says his study provides evidence to suggest that a more variable indoor temperature – one that is allowed to drift along with temperatures outside – might be beneficial, although long-term effects still await further investigation.

The Netherlands team also found that people get used to the cold over time. After spending six hours a day at 15° C  (59° F) for 10 days, people in the study not only had more brown fat, the participants also said they felt more comfortable and shivered less when exposed to lower temperatures.

In young and middle-aged people at least, non-shivering heat production can account for up to 30% of the body’s energy budget, they say. That means lower temperatures can significantly affect the amount of energy a person expends overall.

Although a 15° C room might be too cold for some, say the researchers, it’s possible that room temperatures in the mid-60s would also activate brown fat.

“Similarly to exercise training, we advocate temperature training,” the researchers said. “More-frequent cold exposure alone will not save the world, but is a serious factor to consider in creating a sustainable environment together with a healthy lifestyle.”

Managing that in practice might take some convincing, however.

“Indoor temperature in most buildings is regulated to minimise the percentage of people dissatisfied,” the researchers write. “This results in relatively high indoor temperatures in wintertime. This is evident in offices, in dwellings and is most pronounced in care centres and hospitals. By lack of exposure to a varied ambient temperature, whole populations may be prone to develop diseases like obesity. In addition, people become vulnerable to sudden changes in ambient temperature.”

Other studies have also suggested that mild cold exposure can stimulate the burning of brown fat cells with few other effects on the body.  A research group from Japan, for instance,  found a decrease in body fat after people spent 2 hours per day at 17° C (63° F) for six weeks.

You don't need to go to venture out into the freezing cold - just turn the heating down a bit! [Photo: Bigstock]