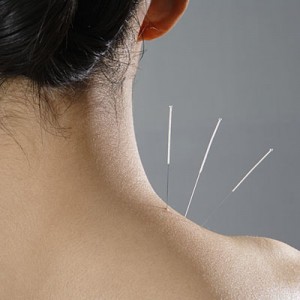 Bell's palsy is an unpredictable condition, and hard to treat; acupuncture could help

Bell’s palsy is sudden onset of partial, and sometimes total facial paralysis that can happen overnight. It is the result of  inflammation of the facial nerve, though what causes the inflammation is largely unknown. Viral infection is one explanation, stress and head trauma are others.  It is usually temporary, resolving within weeks or months, although it can sometimes be permanent. The usual treatment is corticosteroids; antiviral treatment is not usually effective.

Acupuncture is used to treat a variety of conditions and is gaining acceptance worldwide. De qi is a combination of sensations stimulated by manipulation of acupuncture needles – soreness, tingling, coolness, warmth and others radiating at the insertion points – but has not been widely studied.

“There is a long-held belief in the traditional theory and clinical practice of acupuncture that the intensity of the stimulus must reach a threshold to elicit de qi, which plays a pivotal role in achieving the best therapeutic effects,” writes the Chinese researchers.

In a randomised controlled trial published in the Canadian Medical Association Journal with 338 patients, Chinese researchers sought to understand the efficacy of acupuncture with weak stimulation or strong stimulation.

Patients’ facial expressions, a marker of facial-nerve function, were rated on a 6-point scale and videotaped to ensure consistent findings across hospital sites.

Six months after the trial began, facial-nerve function, disability and quality of life were better in patients in the de qi group than in the control group.

“De qi and its related techniques should be properly appreciated in acupuncture practice and research, and should be considered for inclusion in clinical guidelines for acupuncture,” the authors conclude.

Bell's palsy is an unpredictable condition, and hard to treat; acupuncture could help