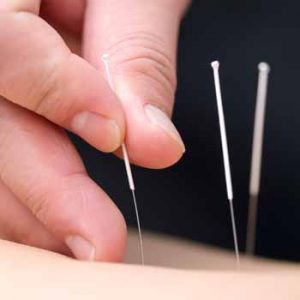 Acupuncture can be effective when used on its own or in conjunction with other treatments. [Photo: Bigstock]

Natural Health News — Acupuncture may help to improve the subtle memory loss that precedes the development of dementia, according ot a new review.

Mild cognitive impairment, or MCI for short, is thought to be a transitional state between normal ageing and dementia, whereby the affected person typically exhibits a subtle deterioration in memory capacity beyond what would be expected for his/her age.

Around 5-10% of MCI cases will evolve into dementia every year.

MCI can be divided into two broad categories: amnestic (AMCI) and non-amnestic. AMCI is characterised by a decline in memory capacity with retention of mostly intact executive functions (functions that require focused attention and reasoning, and help you get things like problem solving and planning done).

Several previous studies have suggested that acupuncture may reduce AMCI symptoms. Now a new analysis of existing data, published in the journal Acupuncture in Medicine suggests that the weight of the evidence is positive for acupuncture treatment.

» Mild cognitive impairment (MCI) – a deterioration of memory beyond what could be expected at a given age – is thought to be a precursor of dementia.

» Some studies in the past have suggested that acupuncture may be a useful treatment for MCI.

» A new analysis of existing studies suggests that the overall trend is towards acupuncture being helpful with MCI, either as a stand-alone treatment or in conjunction with conventional treatent.

The researchers trawled Western and Chinese research databases for relevant trials comparing acupuncture and medical treatment that had been published up to July 2015.Out of 10 trials, five that involved a total of 568 people, were deemed suitable for inclusion in the study. Three directly compared acupuncture with nimodipine, while two evaluated acupuncture combined with nimodipine.

The number of participants in each study varied from 26 to 94, while acupuncture treatment was provided three to five times a week for 8 weeks in four trials, and for 3 months in one.

Analysis of the pooled data showed that those in receipt of acupuncture fared better than those on nimodipine alone. They also achieved better scores on two of the principal tests used to assess AMCI and dementia: a mini mental state exam and a picture recognition test.

Nimodipine is a calcium channel blocker, originally designed as a treatment for high blood pressure. However it is frequently used to treat memory loss.

Three of the trials reported side effects, which for acupuncture included fainting during treatment and slow bleeding (errhysis) at the needle sites, and for nimodipine included gut symptoms and mild headache.

Results suggested that a combination of acupuncture and nimodipine significantly improved mini mental exam scores when compared to nimodipine alone. Although the researchers remain cautious in their conclusions, the analysis does suggest some benefit from acupuncture as either a stand-alone treatment or in conjunction with conventional approaches.

Acupuncture can be effective when used on its own or in conjunction with other treatments. [Photo: Bigstock]