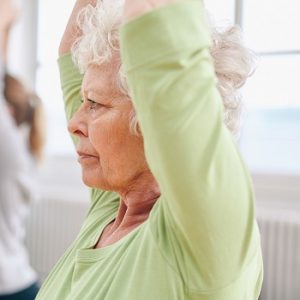 Getting up, walking around and stretching more could benefit brain health. [Photo: Bigstock]

Too much sitting is bad for the brain

Natural Health News — It’s well known that lack of physical activity is bad for the body. But new evidence also shows how it can be bad for the brain as well.

Researchers from the University of California, Los Angeles (UCLA) have linked long stretches of sedentary behaviour – for instance, spending all day sitting at a desk – to changes in a part of the adult brain that’s critical for memory.

Earlier research has linked sedentary behaviour to an increased risk of heart disease, diabetes and premature death in middle-age and older adults. The new study, published in the journal PLOS One, builds on what we know, focusing on inactivity’s impacts on the brain function.

Specifically, the new study linked sedentary behaviour to thinning of the medial temporal lobe, a region of the brain region in the formation of new memories. According to the researchers there is now good evidence to suggest that sedentary behaviour may be a risk factor for the development of age-related cognitive decline and dementia but the mechanism behind this is less clear than with other effects.

» Sedentary behaviour, and in particular long periods of sitting, are known to be bad for the body. Now research shows they are bad for the brain too.

» For every hour of sitting each day, US researchers have observed a decrease in the thickness of the medial temporal lobe, a region of the brain region in the formation of new memories.

» Simply not sitting for long periods is more important to brain health than specific forms of exercise, they note.

The study included 35 people between the ages of 45 and 75. Researchers used a questionnaire to ask the participants about their physical activity levels and the average number of hours per day they had spent sitting over the previous week.

Some physical measures were taken, and they were all tested for the “Alzheimer’s gene” variants (APOE). Researchers also scanned the participants’ brains using a high-resolution MRI scan. This gave the scientists a detailed look at the medial temporal lobe of each participant and allowed them to identified relationships among this region’s thickness, the participants’ physical activity levels and their sitting behaviour.

With every hour of sitting each day, the researchers observed a decrease in brain thickness. Time spent sitting was not only linked to less thickness in the medial temporal lobe, but to certain areas within it, including the entorhinal cortex, the parahippocampal cortex, and the subiculum.

The study was not able to explain why this thinning occurs. Interestingly, while sitting was significantly linked to thinning of the medial temporal lobe, more physically active participants did not show any greater thickness in this region, suggesting that exercise might not be able to undo the damage that excessive sitting brings.

Any movement may be healthful

Even so the researchers suggest that “reducing sedentary behaviour may be a possible target for interventions designed to improve brain health in people at risk for Alzheimer’s disease.”

This is because sedentary behaviour is known to be a predictor of Alzheimer’s risk. In fact, the team points out that previous studies suggest that around 13% of Alzheimer’s cases may be due to inactivity, and that even a 25% reduction in sedentary behaviour would reduce Alzheimer’s prevalence by about one million cases worldwide. One recent study found that a variety of physical activities from walking to gardening and dancing can improve brain volume and cut the risk of Alzheimer’s disease by 50%.

There is also evidence to suggest that more time spent sitting may be linked to worse cognitive performance, which could be a symptom of changes to the brain.

It also suggests that reducing the amount of sitting that people do may be a more effective intervention than adding specific exercise regimens – something that has been shown to benefit physical health as well.

Going forward, the researchers said they plan to survey people that sit for longer periods of time each day, in order to determine if sitting causes the observed thinning. They would also like to explore the role gender, weight and race play in the effect on brain health to sitting.

Getting up, walking around and stretching more could benefit brain health. [Photo: Bigstock]