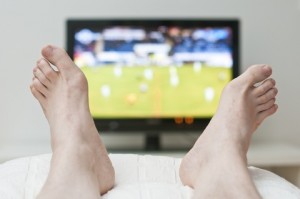 Stand up for good health

Are you sitting comfortably? Well maybe you shouldn’t be.

One of the very first articles we published on this site had to do with the damaging effect that sitting for long periods of time had on health and wellbeing.

We were kind of a lone voice on this issue then. But since that time there has been an avalanche of data showing that our couch potato/desk jockey lifestyles are contributing to significant health problems – not just poor posture and backache but a higher risk of heart disease, diabetes, cancer, and even premature death.

This week the UK’s National Institute of Health and Care Excellence (NICE) published new advice that urged everyone with a duty of care to others, including employers, to “minimise” sedentary behaviour in the workplace by encouraging employees to move around as much as possible

At work this could include standing up during meetings, as well as encouraging more walking or cycling to events outside the workplace. It could even mean investing in stand-up desks or workstations.

According to NICE if more people were physically active, up to 37,000 premature deaths could be avoided each year.

The NICE advice comes as a new report from the Commons Health Select Committee shows that Britain is one of the most sedentary countries in the world.

Almost two in three people in Britain do not manage 20 minutes vigorous activity three times a week, and walking trips have decreased by 30% since 1995.

The Parliamentary report “regards it as inexplicable and unacceptable that the NHS is now spending more on bariatric surgery for obesity than on a national roll-out of intensive lifestyle intervention programmes that were first shown to cut obesity and prevent diabetes over a decade ago.”

The figures on the impact of our sloth are startling.

There is evidence that those who sit for most of the day are 54% more likely to die of heart attacks during that time. That scary statistic held true even if the people in the study were non-smokers and regular exercisers.

Another large study found the death rate for those who spent six or more hours a day sitting was 20% higher than for men who sat for three hours or less. For women, the difference was 40%.

Prolonged sitting has been linked with a 112% increase in the risk of diabetes.  It’s even a risk factor for some forms of cancer.

Too much time sitting in front of the TV can adversely affect sperm counts, researchers have found. And too much lounging around on the sofa can trigger your body to make 50% more fat than normal.

And there’s a catch because increasingly the data is showing that sitting is an independent risk factor for poor health. In other words sitting for a long time is bad for your health, even if you are an active individual.  So even if you exercise for an hour a day each day, what you do for the other 23 hours is still influential.

On the plus side engaging in at least an hour of vigorous physical activity every day can lower a woman’s risk of breast cancer by 25%, moderate walking by 14%

There is also good evidence that moving around more is good for the brain, helping to alleviate depression and also maintain memory and communication skills.

For the average adult, standing burns more calories and involves more muscular contraction than sitting. One study reported 2.5 times higher average muscular activity of the thigh when standing compared to sitting. This is important for improving blood sugar control and heart health.

The only caveat is that prolonged standing can also have adverse health effects. Compared to sitting, when we stand, our hearts and circulatory systems work harder to maintain blood flow to the brain, because they are countering the effects of gravity. Standing still for long periods of time can lead to swelling, heaviness or cramping of the legs.

As with all things balance – between energy expenditure and rest, between movement and stillness – is the key. But one this is increasingly clear: our bodies were made to move. When we deny them this primary function they will eventually break down.