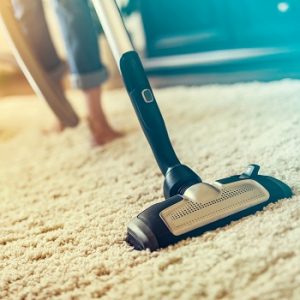 As little as a half and hour of low-intensity activity each day - including household chores - could lower your risk of fatal heart disease by 24%. [Photo: Bigstock]

Get on your feet to reduce heart attack risk

Natural Health News — Low-intensity physical activity, such as standing, walking or even doing household chores can be more beneficial for your health than once thought.

While it is known that moderate to intense physical activity reduces the risk of cardiovascular disease, the benefits of low-intensity activity have yet to be agreed upon.

So, researchers from Sweden’s Karolinska Institute followed a group of 851 people over 15 years looking at how different levels of physical activity affected the mortality rate due to cardiovascular disease (amongst other causes). Data on levels of activity were gathered in real time using motion trackers, and then correlated with official data on deaths and causes of death.

» The cardiovascular benefits of moderate to high intensity exercise are well known. But less is known about the benefits of low intensity activity.

» This 15 year study in Sweden showed that a half an hour of low-intensity activity each day including walking, doing housework or simply standing rather than sitting reduces the risk of fatal cardiovascular disease by 24%.

Get moving for a healthy life

Results, published in the journal Clinical Epidemiology, showed there are considerable health benefits to be gained not only from moderate or intense physical activity but also from low-intensity, everyday activity. Just a half hour a day of low-intensity activities reduces the risk of early death from any cause by 11% and the risk of early death from cardiovascular disease by a whopping 24%.

Replacing sedentary habits with physical activity of at least moderate level equivalent to a brisk walk, or higher intensity training, had an even greater effect on cardiovascular-related mortality.

Ten minutes of moderate to intense activity a day reduced the risk of death due to cardiovascular disease by 38%; with 30 minutes a day that number rose to 77%.

Previously the same team found that people who sit still for more than 10 hours a day have a 2.5 times higher risk of early death than people who sit for less than 6.5 hours a day. This new data adds top the picture with a strong message that daily activity is a key component of a long, healthy life.

As little as a half and hour of low-intensity activity each day - including household chores - could lower your risk of fatal heart disease by 24%. [Photo: Bigstock]