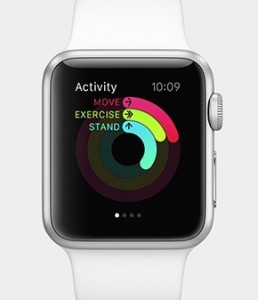 Will Apple Watches really make us healthier if we stand up every hour?

Technology is increasingly providing us with gadgets that claim to helps us stay healthy. Philippa Dall wonders if the new Apple watch will deliver.

As part of the advance publicity for the forthcoming Apple Watch, Apple chief executive Tim Cook has disclosed that it has a feature that prompts people to stand up every hour. “Sitting is the new cancer,” he boldly declared. It’s a provocative statement, but is it true?

The World Health Organisation (WHO) reports that cancer and inactivity are both leading causes of morbidity and mortality. Note that the WHO is using the term “inactivity”, however, which usually refers to lack of physical activity rather than sitting per se. In public health terms, anyone who doesn’t manage 30 minutes of moderate physical activity each day is inactive.

What has become clear over the past decade is that it matters what we do in the other 23 and a half hours of the day. We have realised that sitting is an independent risk factor for poor health. The word “independent” is key here: sitting for a long time is bad for your health, even if you are an active individual.

Sitting, in contrast, is a behaviour. For the vast majority of the population, it is something we can choose to do or not do. We might call it a modifiable risk factor – one that can be changed.

There are, of course, several modifiable risk factors which can contribute to, or cause, some types of cancer. Smoking and lung cancer. Sunbathing and skin cancer. But that does not change the fact that cancer is a disease.

Sitting has what we call a “dose effect”, meaning that the longer we sit each day, the worse the effect on our health. For example a long-term study of Norwegian adults found that people who sat for more than 10 hours a day had a 65% greater risk of death than those who sat for less than four hours a day.

Guidelines now exist, for example from the UK chief medical officers, which recommend we minimise our sitting. But they are vague in terms of how much, or how little, sitting to recommend. That is because the weight of evidence does not yet exist to explicitly state a healthy threshold for sitting in the same way that it exists for physical activity. It is possible, however, that we may need to reduce our sitting by several hours a day.

There is also evidence that independent of how long you sit for, breaking up prolonged sitting is associated with better health. For example standing and walking for two minutes every 20 minutes – compared to sitting without getting up – improved insulin response after a meal by 23%. This suggests that breaking up sitting can reduce the risk of diabetes.

One additional point is that we shouldn’t demonise all sitting. Prolonged standing has its own health risks. For example occupational standing is associated with an increased risk of varicose veins.

When it comes to sitting, then, most of the population is able to do something about reducing their individual exposure to the health risk simply by choosing to sit less and stand more. There are of course social and cultural constraints that can lead us towards higher levels of sitting at certain times of day and in certain places. We may work sitting at a desk in an office, for example. We need to sit down when driving a car and we usually sit down to eat.

Most of us consider sitting down for a rest a reward after a hard day, or convenient if we are socialising with friends or watching TV. It is also important to state that replacing all sitting with standing is not the goal. The point is that if we are motivated and have the right tools, then we do have the choice to make a change, to limit the effect of sitting on our health – a choice we don’t have when it comes to dealing with an illness like cancer.

So can technology like the Apple Watch help? Getting a prompt every hour and responding to it will certainly help to break up your prolonged sitting. My own research in the workplace has shown that a prompt on the work computer every half an hour, reminding people to stand up, reduced prolonged sitting by 40 minutes a day.

Yet just breaking up prolonged sitting is unlikely to reduce total sitting on a scale needed to improve health. For that, each individual needs to find ways of replacing seated activities with standing ones.

This might not mean changing the activity – a sit-stand desk in the office allows an individual to choose to work in a standing posture for some of the day rather than a seated one, for instance. But a key prerequisite for behaviour change is having the knowledge and motivation to change. Having a prompt to stand up every hour is likely to make us more aware of how much and where we sit, and to get us thinking about how we can change that. It’s a good place to start.