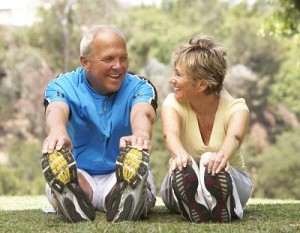 Physical exercise is good for the mind as well as the body, studies show

Natural Health News — A new analysis has shown that too much sitting at the computer or lying around watching TV is linked to a greater risk of depression.

Based on dozens of studies covering nearly 200,000 participants from all around the world, Chinese researchers found that sedentary behaviour was linked to a 25% higher likelihood of being depressed compared to people who were more active.

The research from Qingdau University Medical College in Shangong, suggests that physical activity would be a good prescription for preventing depression.

In their report, published in the British Journal of Sports Medicine, the researchers say they also saw differences depending on people’s preferred type of inactivity. Those whose most frequent sedentary behaviour was watching TV were 13% more likely to be depressed, while those who spent their sedentary time using the computer or Internet, had a 22% higher depression risk.

The analysis didn’t look at the reasons behind the links. And, the study team points out, most of the included studies accounted for other factors, like illnesses, that might explain the sedentary behaviour, the depression, or both, but those studies may not have taken every possible factor into account.

The research team also notes that they cannot rule out the possibility that depression leads to sedentary behaviours rather than the other way around. Indeed it could be a circular problem.

Nonetheless, that the two go hand in hand is enough to suggest that more activity might be a useful approach for the management of depression symptoms as well as clinical levels of depression, they conclude.

They note also that being sedentary is linked to other poor health outcomes like cardiovascular disease and type 2 diabetes.

“Therefore, the message we really need to get out to the public is ‘Move more and sit less,’” she said.

There’s not enough good evidence to suggest that any one specific form of physical activity is best for depression but what there is suggests that moderate exercise – enough to get your heart pumping without excess strain –  is most effective.

White matter is tissue found in the brain. It contains nerve fibres, numbers of which decline with age. But say the researchers the more active a person is the better the structural integrity of the white-matter fibres.

The  researchers also found that the association between physical activity and white-matter structural integrity was region-specific.

Older adults who engaged more often in light physical activity had greater structural integrity in the white-matter tracts of the temporal lobes, which lie behind the ears and play a key role in memory, language, and the processing of visual and auditory information.

In contrast, those who spent more time sitting had lower structural integrity in the white-matter tracts connecting the hippocampus, a structure crucial for learning and memory.

The researchers note it is important to encourage people to understand they can take better care of their brains by being more active.

Physical exercise is good for the mind as well as the body, studies show