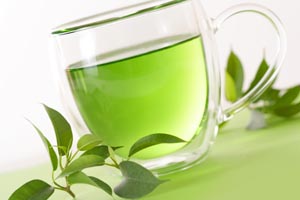 Natural Health News — Add yet another benefit to the growing list associated with green tea.

In the past the main ingredients of green tea have been thoroughly studied in cancer research. Now scientists are beginning to see positive impact on the human brain function as well.

Swiss researchers from the University of Basel are reporting first evidence that green tea extract enhances the cognitive functions, in particular the working memory.

The scientists then analysed how this affected the brain activity using magnetic resonance imaging (MRI). The MRI showed increased connectivity between the parietal and the frontal cortex of the brain. These neuronal findings correlated positively with improvement in task performance of the participants.

Writing in the journal Psychopharmacology the researchers say their results show that green tea extract increases the brain’s effective connectivity – which means the direct influence that one brain area exerts over another.

Up until now the neural mechanisms of green tea’s effect on the brain have been something. But, say the scientists, beyond an general improvement in memory the Swiss findings suggest green tea extract may have promising clinical implications for the treatment of cognitive impairments in psychiatric disorders such as dementia.