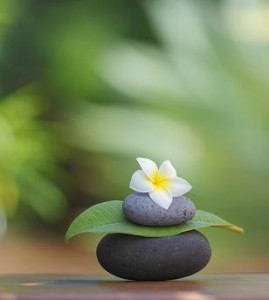 Natural Health News — New evidence shows that changes in the brain associated with meditation and stress reduction could help slow the progression of age-related cognitive disorders.

US researchers at Beth Israel Deaconess Medical Center (BIDMC) evaluated adults between the ages of 55 and 90 in some of whom had been diagnosed with mild cognitive impairment.

“We know that approximately 50% of people diagnosed with mild cognitive impairment – the intermediate stage between the expected declines of normal ageing and the more serious cognitive deterioration associated with dementia – may develop dementia within five years. And unfortunately, we know there are currently no FDA approved medications that can stop that progression,” says lead author Rebecca Erwin Wells, MD, MPH, who conducted her research as a fellow in Integrative Medicine at BIDMC and Harvard Medical School.

“We also know that as people age, there’s a high correlation between perceived stress and Alzheimer’s disease, so we wanted to know if stress reduction through meditation might improve cognitive reserve.”

For the study, which was published in Neuroscience Letters, participants were randomised to either a group that participated in Mindfulness-Based Stress Reduction (MBSR) using meditation and yoga, or a control group who received normal care. The study group met for two hours each week for eight weeks. They also participated in a day-long mindfulness retreat, and were encouraged to continue their practice at home for 15 to 30 minutes per day.

All participants underwent a functional MRI (fMRI) at baseline and then again after eight weeks to determine if there were any changes in the structures of the brain or in brain activity.

“We were particularly interested in looking at the default mode network (DMN) – the brain system that is engaged when people remember past events or envision the future, for example – and the hippocampus – the part of the brain responsible for emotions, learning and memory – because the hippocampus is known to atrophy as people progress toward mild cognitive impairment and Alzheimer’s disease,” says Wells.

Previous studies have shown that the hippocampus is activated during meditation and that mediators have more hippocampal grey matter concentration.

“So the big question is, is it possible for MBSR to help attenuate the decline of individuals already experiencing some memory problems?” asks Wells.

The results of fMRI imaging showed that the group engaged in mediation had significantly improved functional connectivity in the areas of the default mode network. Additionally, as expected, both groups experienced atrophy of the hippocampus, but those who practiced MBSR experienced less atrophy.

Tests of memory were also done, suggesting “a trend toward improvement for measures of cognition and well-being.”

“This is a small study and more research is needed to further investigate these results, but we’re very excited about these findings said Wells, “MBSR is a relatively simple intervention, with very little downside that may provide real promise for these individuals who have very few treatment options”. She adds that “If MBSR can help delay the symptoms of cognitive decline even a little bit, it can contribute to improved quality of life for many of these patients.”