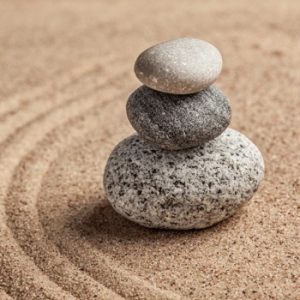 The benefits of practices like meditation and yoga go beyond simple relaxation and can actively help improve health. [Photo: Bigstock]

“Many studies have shown that mind/body interventions like the relaxation response can reduce stress and enhance well being in healthy individuals and counteract the adverse clinical effects of stress in conditions like hypertension, anxiety, diabetes and ageing,” says Herbert Benson, MD, director emeritus of the Benson-Henry Institute and co-senior author of the PLOS ONE report. “Now for the first time we’ve identified the key physiological hubs through which these benefits might be induced.”

Benson first described the relaxation response – the physiologic opposite of the fight-or-flight response – almost 40 years ago, and his team has pioneered the application of mind/body techniques to a wide range of health problems.

Studies in many peer-reviewed journals have since documented how the relaxation response both alleviates symptoms of anxiety and many other disorders and also affects factors such as heart rate, blood pressure, oxygen consumption and brain activity.

In 2008, Benson co-authored a study finding that long-term practice of the relaxation response changed the expression of genes involved with the body’s response to stress.

The current small study examined changes produced during a single session of relaxation response practice, as well as those taking place over longer periods of time.

Prior to starting their training  blood samples were taken before and immediately after they listened to a 20-minute health education CD and again 15 minutes later.

After completing the training course, a similar set of blood tests was taken before and after participants listened to a 20-minute CD used to elicit the relaxation response as part of daily practice.

The sets of blood tests taken before the training program were designated “novice,” and those taken after training completion were categorized as from “short-term practitioners.”

For further comparison a similar set of blood samples was taken from a group of 25 individuals with 4 to 25 years experience regularly eliciting the relaxation response through many different techniques before and after they listened to the same relaxation response CD.

Blood samples from all participants were analysed to determine the expression of more than 22,000 genes at the different time points. Gene expression is the process by which information encoded in our genes is used to produce an end product; often these are proteins which are, in turn, involved in specific physiological responses throughout the body.

Results from the blood analyses revealed significant changes in the expression of several important groups of genes between the novice samples and those from both the short- and long-term sets, with even more pronounced changes in the long-term practitioners.

A systems approach to how these proteins interacted with each other and functioned in the body revealed that pathways involved with energy metabolism, particularly the function of mitochondria (the energy producing part of a cell), were more efficient during the relaxation response.

Pathways controlled by activation of a protein called NF-κB – known to have a prominent role in inflammation, stress, trauma and cancer – were suppressed after relaxation response elicitation. The expression of genes involved in insulin pathways was also significantly altered suggesting improved insulin secretion and sensitivity.

Says Towia Libermann, PhD, director of the Beth Israel Deaconess Medical Center and co-senior author of the study, “While this and our previous studies focused on healthy participants, we currently are studying how the genomic changes induced by mind/body interventions affect pathways involved in hypertension, inflammatory bowel disease and irritable bowel syndrome.”

He notes that he and his colleagues are also currently engaged in a study of whether such interventions could help patients with precursor forms of multiple myeloma, a type of bone marrow cancer known to involve activation of NF-κB pathways

Benson stresses that even though long-term practitioners in this study used several different techniques – various forms of meditation, yoga or prayer – to produce the relaxation response, the physiological benefits were the same. “People have been engaging in these practices for thousands of years, and our finding of this unity of function on a basic-science, genomic level gives greater credibility to what some have called ‘new age medicine”, he said.

The benefits of practices like meditation and yoga go beyond simple relaxation and can actively help improve health. [Photo: Bigstock]