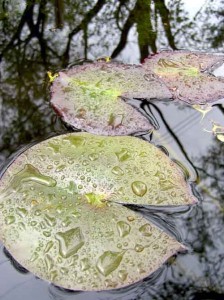 How often do you stop and think about your breath?

Breathing is something we do so automatically that we often fail to realise how miraculous the whole process is and how integral getting it right it is to health.

Breathing properly can help clear the lungs and bloodstream of toxins. It is also relaxing and so lowers levels of stress hormones, and encourages our immune system to work more efficiently.

Getting more oxygen into the lungs is reputed to have the knock-on effect of improving the function of your eliminatory organs such as the liver and kidneys as well as your digestive tract.

Oxygen-rich blood also feeds the nervous system, in particular the brain, which requires three times more oxygen to function than other organs in the body.

Unfortunately, most of us breathe in a shallow, inefficient way that reduces oxygen consumption and denies you the available benefits of breathing.

When the breath is shallow, we are not taking in sufficient oxygen and we are not eliminating sufficient carbon dioxide. As a result, our bodies become oxygen-starved, allowing toxins to build up.

In addition, shallow breathing does not exercise the lungs enough and so reduces their ability to function optimally, creating a vicious circle of lost vitality.

There are several reasons for the inefficient way most of us breathe. These include:

The benefits of deep breathing

There are two main uses of breathing practices in yoga:

Unlike the Western way of breathing, which is often shallow and grasps sharply at the in breath, yogic breathing practices help the breathing to be slower and more rhythmic.

Some teachers emphasise the importance of breathing out, maintaining that a full outbreath will improve the circulation of various bodily fluids, increase energy and enable wastes and toxins to be removed more easily.

The benefits of deep breathing

The benefits of breathing correctly are receiving more and more scientific interest.

Yogic breathing, or pranayama, which is slow, rhythmic and focused on the outbreath, has produced a wide range of benefits in recent studies. Practices that involve breathing through the nostrils have been found to both stimulate and relax the sympathetic nervous system and help improve heart rate variability (a sign of a healthy heart).

This type of breathing is also invigorating, and able to increase oxygen consumption and boost metabolism.

Indeed, deep breathing and visualising specific areas of the body can help to send an extra supply of blood and oxygen to them (similar to techniques used in meditation and biofeedback).

The practice of yogic breathing can also help with blood-glucose control and quality of life in diabetics.

Similarly, studies into qigong breathing exercises have shown that these promote up to 20% better oxygen consumption. It has also been show to aid asthma sufferers.

The practise of breathing through one nostril at time has been shown through electro- encephalographic, or EEG, readings (which measure brainwave activity) to selectively stimulate the opposite hemisphere of the brain.

Another EEG study found that after practising a particular type of yogic cleansing breath, kapalabhati – which involves short sharp outbreaths – subjects showed a decrease in faster alpha and beta brainwaves and so a relative increase in the slower theta brain waves which are produced as part of our relaxation response. Kapalabhati has also been shown to benefit focus and fine motor skills.

To get the best out of deep breathing, try not to do it somewhere too polluted. Deep breathing on the high street or at the bus stop may not give your lungs the treat they need. Instead, take a walk in the park, get out into the country or go to the seaside.

Better yet – and more convenient – make your home a toxin-free zone where you can practice deep-breathing exercises in peace and comfort. With practice, your breathing will become more efficient, naturally, wherever you are.

To find out how to practise alternate nostril breathing see our Q&A here.