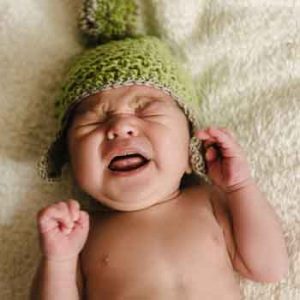 Babies who cry for more than three hours a day on three or more days of the week may be suffering from colic.

Natural Health News — Acupuncture may be an effective treatment option for babies with infantile colic – those who cry for more than 3 hours a day on 3 or more days of the week.

Excessive crying in babies is an issue for up to one in five families, causing pain for the baby and stress for the parents.

Acupuncture treatment is associated with relieving pain, restoring gut function, and inducing calm, and the researchers wanted to see if it might also resolve excessive crying in colicky babies.

» Excessive crying in babies, associated with colic, is an issue for up to one in five families, causing pain for the baby and stress for the parents.

» A new study from Sweden found that in babies aged 2-8 weeks, rates of colic were significantly reduced in those who received acupuncture for just 2 weeks, compared to those who did not.

All the babies were aged between 2 and 8 weeks of age. They had been diagnosed with colic at a routine healthcare check-up but were otherwise healthy. In addition, all the babies had been on a cow’s milk exclusion diet for at least 5 days in a bid to curb excess crying/fussing.

Each child was randomly allocated to one of three groups (A-C), which required additional twice weekly visits to the child health centre for two weeks. These included a half hour appointment with a nurse to discuss symptoms and a statutory appointment which included routine childcare advice plus weighing and measuring.

Parents were asked to keep a detailed diary of how often and how long their child cried.

The procedure was carried out by 10 clinicians, nine of whom were fully trained acupuncturists, who had been in practice for an average of 20 years. They all also attended an education day on acupuncture for colic.

In all, 144 babies completed the two week trial. The amount of time spent crying excessively fell in all three groups, which is not unexpected as colic tends to clear up by itself eventually, say the researchers.

And a significantly higher proportion of babies in the acupuncture groups no longer fulfilled the criteria for colic compared with those in the standard care group after two weeks of treatment.

During the second week of the trial, 16 babies in group A still had infantile colic, compared with 21 in group B and 31 in group C.

Parents continued to record bouts of crying for six days after their final clinic visit, and these differences in outcome between the three groups were still evident then.

The babies seemed to tolerate acupuncture fairly well. Out of 388 treatments given, the baby didn’t cry at all on 200 occasions, and cried for less than a minute on 157 occasions. Only 31 treatments triggered a crying jag of more than 1 minute. A single drop of blood was evident in 15 treatments.

“Fussing and crying are normal communications for a baby, therefore a reduction to normal levels (rather than silence) is the goal of treatment,” say the researchers, who emphasise that parents should record how long their baby cries to see if it is excessive and then try eliminating cow’s milk from their feeds before seeking further help.

But, the authors of the study in the journal Acupuncture in Medicine conclude: “For those infants that continue to cry for more than 3 hours/day, acupuncture may be an effective treatment option.”

Babies who cry for more than three hours a day on three or more days of the week may be suffering from colic.