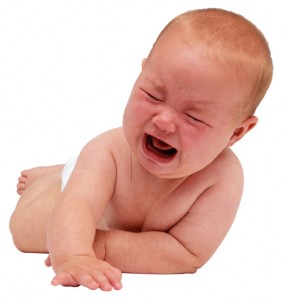 Natural Health News — Colic is a distressing problem, for parents and babies. New evidence suggests that hands-on therapies such as osteopathy and chiropractic can help.

Colic is characterised by excessive crying and it is the most common complaint seen by physicians in the first 16 weeks of a child’s life.

Parents are often told not to worry about it because the symptoms generally disappear by the age of five or six months.

However, the degree of distress caused to the baby, to parents and to family life is such that physicians often feel the need to intervene. Some studies suggest that there are longer-lasting effects on the child, for instance behavioural problems, and estimates put the cost to the UK’s National Health Service (NHS) for treating colic at over £65 million.

The systematic review, undertaken by the prestigious Cochrane Review, assessed six randomised trials involving a total of 325 infants who received manipulative treatment or had been part of a control group.

In many of the studies parents knew whether their infant was receiving treatment or not, so some uncertainty remains about the strength of these conclusions.

Nevertheless, five of the six studies measured the number of hours colicky babies cried each day and their results suggest that crying was reduced by an average of one hour and 12 minutes per day by this treatment, which the researchers counted as statistically significant.

Whilst acknowledging that the collection of studies to draw on is small one of the reviewers, Professor George Lewith, Professor of Health Research at the University of Southampton, commented:

“The majority of the included trials indicate that the parents of infants receiving manipulative therapies reported fewer hours crying per day than parents whose infants did not. This difference is statistically significant and important for those families who experience this condition. These studies show that in this small sample there were no adverse effects from using these treatments.”