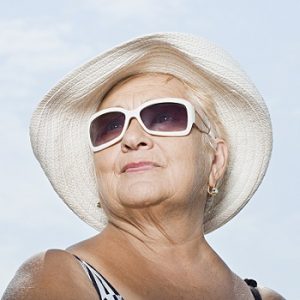 A combination of poor diet and lack of sunshine can lead to faster declines in memory in older adults. [Photo: Bigstock]

Natural Health News — Lack of adequate vitamin D in older people could be accelerating cognitive decline, according to new research.

US researchers have found the impairment was particularity strong when it came to the memory loss associated with Alzheimer’s disease and dementia.

The effect, say the researchers, writing in the journal JAMA Neurology, is “substantial,” with individuals with low vitamin D declining at much faster rate than those with adequate vitamin D levels.

» Many elderly people are low in the essential nutrient vitamin D

» Researchers have recently discovered that those with the lowest levels of vitamin D experience more rapid cognitive declines than those whole levels are adequate.

» Inadequate diet is one risk factor for low vitamin D, but those with dark skin are particularly at risk since higher levels of melanin in their skin prevents the synthesis of vitamin D from sunshine

The large study was conducted in nearly 400 racially and ethnically diverse older men and women in Northern California who were either cognitively normal, or had mild cognitive impairment or dementia.

Vitamin D levels were assessed at the beginning of the study and insufficiency was prevalent among all of the study participants. Overall, 26% were deficient and 35% were insufficient. Among Caucasians, 54% had low vitamin D, compared with 70% of African-Americans and Hispanics.

“We expected to see declines in individuals with low vitamin D status,” said Charles DeCarli, director of the Alzheimer’s Disease Center. “What was unexpected was how profoundly and rapidly [low vitamin D] impacts cognition.”

People of colour at increased risk

The researchers note their findings amplify the importance of identifying vitamin D insufficiency among the elderly, particularly high-risk groups such as African-Americans and Hispanics, because the higher concentration of melanin that makes their skin darker – and protects against skin cancer in sunny climates – also inhibits synthesis of vitamin D from it’s most plentiful source: sunshine.

Diet is the other major source of vitamin D. Dietary vitamin D is obtained particularly through dairy consumption. The intake of dairy products is especially low among minority groups, with only 6.5% of African-Americans and 11% of Mexican-Americans nationwide consuming the recommended three daily servings of dairy products, the study says.

“I don’t know if replacement therapy would affect these cognitive trajectories. That needs to be researched and we are planning on doing that,” DeCarli said.

A combination of poor diet and lack of sunshine can lead to faster declines in memory in older adults. [Photo: Bigstock]