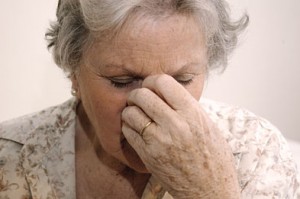 Many factors can contribute to cognitive problems as we age, including not getting enough vitamin D

Natural Health News — Two recent studies have shown that vitamin D may be a vital component for maintaining brain health of women as they age.

The studies appear in the Journals of Gerontology Series A: Biological Sciences and Medical Sciences suggest that adequate vitamin D could dramatically lower the risk of memory loss, cognitive decline and Alzheimer’s dementia.

We all develop some degree of decline in cognitive capacity as we age. Normal physiological changes in our bodies can lead to a number of symptoms associated with ageing such as forgetfulness, decreased ability to maintain focus, and decreased problem solving capability. If left unchecked, symptoms can progress to more serious conditions, such as depression, mild dementia, or even Alzheimer’s disease.

Cognitive decline does not affect all individuals in the same way or to the same degree and a variety of influences, including nutritional factors, may help explain why.

In the first study, higher vitamin D dietary intake is associated with a lower risk of developing Alzheimer’s disease, according to a team from the Angers University Hospital in France.

The findings were based on data from 498 community-dwelling women who had participated in a study into osteoporosis and who were followed for 7 years.

While not all the women with low vitamin D intakes showed signed of cognitive decline a significant proportion (around 28%) did. The women who developed Alzheimer’s disease, say the researchers, had the lowest vitamin D intakes at the beginning of the study (an average of 50.3 micrograms per week), those with low intake (an average of 63.6 micrograms per week) showed a higher risk of other types of dementias.

In the second study investigators at the VA Medical Center in Minneapolis found that low vitamin D levels among older women were associated with higher risk of general cognitive impairment and an overall higher risk of cognitive decline.

The 6,257 community-dwelling older women were part of a study into osteopathic fractures and had their  blood vitamin D levels measured at the beginning of that trial. The women were then further tested to assess their cognitive function. The women were followed for four years.

These reports follow an study published in the Journals of Gerontology Series A earlier this year that found that both men who don’t get enough vitamin D – either from diet, supplements, or sun exposure – may be at increased risk of developing mobility limitations and disability.

Many factors can contribute to cognitive problems as we age, including not getting enough vitamin D