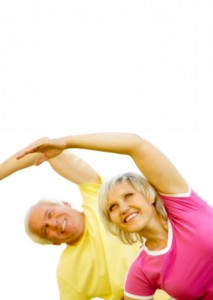 This finding is significant considering that among adults 50 and older, “staying mentally sharp” outranks social security and physical health as the top priority and concern, according to a US survey.

“Science has shown that ageing decreases mental efficiency and memory decline is the number one cognitive complaint of older adults,” said Sandra Bond Chapman, PhD, founder and chief director of the Center for Brain Health, Dee Wyly Distinguished University Chair and lead author of the paper.

“This research shows the tremendous benefit of aerobic exercise on a person’s memory and demonstrates that aerobic exercise can reduce both the biological and cognitive consequences of ageing.”

For the study, published in Frontiers in Aging Neuroscience, sedentary adults ages 57-75 were randomised into a physical training or a wait-list control group. The physical training group participated in supervised aerobic exercise on a stationary bike or treadmill for one hour, three times a week for 12 weeks. Participants’ cognition, resting cerebral blood flow, and cardiovascular fitness were assessed three times: before beginning the physical exercise regimen, mid-way through at 6 weeks, and post-training at 12 weeks.

The researchers used a non-invasive technology called arterial spin labelling (ASL) MRI to measure brain blood flow. This technology, say the researchers means they were able to begin to detect brain changes much earlier than usual.

According to Sina Aslan, PhD, founder and president of Advance MRI and collaborator on the study. “One key region where we saw increase in brain blood flow was the anterior cingulate, indicating higher neuronal activity and metabolic rate. The anterior cingulate has been linked to superior cognition in late life.”

Exercisers who improved their memory performance also showed greater increase in brain blood flow to the hippocampus, the key brain region affected by Alzheimer’s disease. Chapman points out that. “Physical exercise may be one of the most beneficial and cost-effective therapies widely available to everyone to elevate memory performance,” Chapman said. “These findings should motivate adults of all ages to start exercising aerobically.”

But don’t forget the brain-training

She cautioned, however, that while physical exercise is associated with a selective or regional brain blood flow, it did not produce a change in global brain blood flow. For that we need to do a bit of ‘brain training’.

“The combination of physical and mental exercise may be the best health measures to improve overall cognitive brain health. We have just begun to test the upper boundaries of how we can enhance our brain’s performance into late life. To think we can alter and improve the basic structure of the mature brain through aerobic exercise and complex thinking should inspire us to challenge our thinking and get moving at any age.”