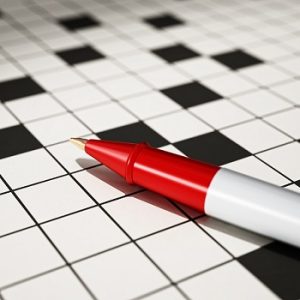 It’s time for us to take a lifelong approach to keeping our brains healthy as we age. [Photo: Bigstock]

How to reduce the risk of cognitive decline with age

Research into how we can keep our brains healthy as we age has gained momentum in recent years.

There is now an increased focus on the changes that we can makes to our health and lifestyle, which may prevent dementia. Here are some things that research has shown reduce a person’s risk of cognitive decline with age.

Our latest study shows that having more sex is associated with better cognitive function.

These results were shown on tests of verbal fluency (such as naming as many animals as possible in one minute) and visuo-spatial abilities (drawing familiar objects from memory or copying complex pictures).

The association could be the result of the heightened levels of intimacy and companionship inherent in sexual relationships (that is, an increase in social contact), or there could be a purely biological explanation – where regular surges in arousal and release of sex-related hormones (such as oxytocin and dopamine) could be affecting brain function.

Of course, as with the age-old nature/nurture debate, our answer could lie in a combination of the social and biological impact of sexual activity.

Many studies show that getting enough sleep is important for preventing cognitive decline. A study of cognitively healthy people aged 65 and over showed that daytime napping is associated with a lower risk of cognitive decline at two-year and ten-year follow-ups.

Conversely, excessive daytime sleepiness and getting less than six-and-a-half hours of sleep at night are associated with an increased risk of cognitive decline at ten-year follow-up.

A more recent study showed that longer sleep duration and poorer sleep quality are both associated with poorer memory in men and women aged 65 and older. These studies all support the advice that we should be getting around eight hours of sleep a night.

Sleep disturbance in early adulthood is associated with poorer cognitive function in later life, which just goes to shows how sleep can affect our brain health across the lifespan.

New studies show that increased participation in social, mental and physical activities is linked to a slower rate of cognitive decline in older adults. This research shows a “dose-response” relationship, where the more activities we do, the slower the rate of decline becomes.

The following activities are good examples of the types of mental, social and physical leisure activities that are good for your brain:

Studies have found that women may be at reduced risk of cognitive decline, simply because of the activities they choose. There is little that we can do to change our gender, without drastic surgery of course – but we can be aware of the gender stereotypes and expectations that are all around us, which can affect the activities we engage in.

In a study of Australian older adults, there were notable gender differences in the leisure activities that people took part in. For example, women were more likely to engage in social activities, reading and volunteer work, all of which are known to slow cognitive decline.

The way that cultures or societies perceive gender roles can affect people’s expectations of themselves and others. If this changes the lifestyle and leisure activities that men and women engage in, then it could well have an effect on cognitive abilities in later life.

Get an early (in life) start

We all experience cognitive decline as we age. This is a natural process and occurs at different rates for everybody, much like declines in physical abilities with age. But it’s time we started addressing this much earlier in life, rather than waiting till middle age or older. It’s time for us to take a lifelong approach to keeping our brains healthy as we age.

It’s time for us to take a lifelong approach to keeping our brains healthy as we age. [Photo: Bigstock]