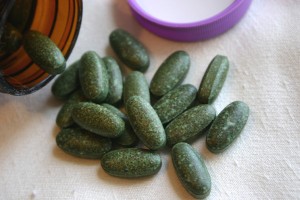 New threats to your right to self-care naturally

The struggle we currently face in trying to maintain our access to herbs and other natural products used to self-care is one that has afflicted our society for many hundreds of years.

Despite the fact our very survival has been dependent on the plant kingdom, authorities have often found reason to obstruct our freedom to use these natural substances to manage our health in ways that we see fit.

While there were kings like Henry VIII who had a particular affinity to herbal medicine, herbalism has, in recent centuries, largely been shunned by the orthodoxy. It has, however, always remained the people’s medicine, being widely used, or even favoured, by people from all classes and walks of life.

The self-taught herbalist and icon, Nicholas Culpeper (1616-54), in many ways epitomises the struggle. While he brought herbalism to the people, Charles I and his medical advisors poured scorn on Culpeper’s herbal remedies, insisting that chemically-based pharmaceuticals – administered by a medical elite – was the only viable way of managing human health.

From witch burning to ‘quackbusting’

Herbalism was long discouraged because it was deemed the work of witches or the devil. In medieval times, this is why it was not uncommon for physicians to be burned at the stake when herbs were used to cure someone who was obviously supposed to die.

But because, at that time, the Church was the government, a physician was as likely to be burned if he (yes, gender equality came later) failed to cure a dying bishop, priest or other member of the archdiocese. Hiding behind such religious superstitions was an even more sinister reason for the attacks on herbal medicine; one that has always been there and one that has never been more relevant than today. It’s about who has control over human health.

It seems that for a very long time, there have been some who have understood that those who are able to control the healthcare system, are also able to control the nation. I believe this is a major, yet unstated, reason why governments have for so long tried to outlaw people from taking their health into their own hands. And, today, evidence  that governments and transnational corporations act largely as one abounds.

Given contemporary western society’s increasing disconnection with the Christian Church, and religion more generally, witchcraft is no longer a plausible reason to condemn herbalism.  Neither is the killing of ‘unorthodox’ practitioners of medicine an option.

In this technological age, science has become the new religion, so it’s no wonder that we now hear regular cries that herbalism – and so-called ‘alternative medicine’ – are unscientific. The notion that it is only modern medicine that is evidence-based, safe and effective is drip fed to the public with no attempt to justify it scientifically, for a great many people has now become the ‘received wisdom’.

Practitioners of alternative medicine are referred to as ‘quacks’, a term that has become increasingly derogatory. It’s worth remembering that when the term quack was first coined, being applied to Paracelsus in the sixteenth century, it referred to physician’s who administered medicine containing mercury, known as ‘quecksilber’ in German (quicksilver in English).

Such practitioners may have been unorthodox, but they were not condemned as low-lifes and charlatans in the manner of today’s ‘quacks’.

How dangerous is natural healthcare?

Contrary to what we keep being told by the Big Pharma-influenced mass media, modern medicine can neither be described as safe or generally effective. As shown by Lazarou and colleagues, in their study published in the US medical establishment’s prized Journal of the American Medical Association back in 1998, the 106,000 annual deaths from properly prescribed medicines and medical (iatrogenic) errors actually represent the third or fourth leading cause of death in the USA.

The figures are equivalent in other western countries. It’s not a big stretch to also hold modern, western medicine accountable for the deaths associated with the current epidemics of chronic diseases, such as cancer, heart disease, type-2 diabetes and obesity. This view is justified by modern medicine’s flagrant disregard for the underlying psycho-neuro-immuno-endocrinological triggers for these diseases that are so inexorably linked to inappropriate diets and lifestyles. Adding these deaths to Lazarou’s iatrogenic deaths, modern medicine gets pushed to the top of the list as the biggest single killer in our society.

As for its benefits, an online offshoot of the British Medical Journal, Clinical Evidence, has evaluated around 3000 medical treatments and found only 11% to be proven “beneficial”, with 51% being of “unknown effectiveness”.

Comparing the safety of conventional drugs, foods and natural healthcare products reveals facts that are rarely, if ever, declared by the authorities. Risk management specialist Ron Law in New Zealand, using government statistics, showed that the risk of death from properly prescribed pharmaceutical drugs is around 10,000 times greater than that for natural healthcare products.

Compared with many continental European countries, especially Germany, France, Denmark and Finland, the UK has in recent years boasted one of the most liberal regulatory regimes for natural healthcare products. This hasn’t always been without considerable pressure from members of the public, strands of the scientific community and, of course, the natural products industry that makes and sells the products in question.

In 1968, the herbalist’s exemption that allows herbalists to make up and prescribe unregistered herbal medicines following a one-to-one consultation with a patient was won following intense lobbying by herbalists. This exemption was built in to the Medicines Act of 1968, under Section 12(1).

A second exemption, under Section 12(2), was also granted for manufactured herbal medicines that were unbranded. This exemption was repealed in May 2011, having been replaced [http://www.mhra.gov.uk/index.htm] by a European Union (EU) law.  More on this in the next section.

The year 1998 saw a practitioner and health food industry led campaign stop the British government from limiting the maximum dosage of vitamin B6 to 10 mg, insufficient to be of benefit in helping to reduce symptoms of premenstrual tension or reducing heart disease risk.

The justification for the restriction came from a flawed study published in The Lancet in 1985 by Katharina Dalton and then, with her husband, Michael Dalton, in a Scandinavian journal. Both these papers, and the study to which they refer, have been discredited.

Since entering the European Economic Community in 1973 under the helm of British then Prime Minister Edward Heath, Britain has surely but steadily acceded more and more powers, over a wide range of economic, social and environmental issues, to the European Union (EU).

Under the European Treaty (presently the Lisbon variant of 2009), the EU, comprised now of 27 member states, controls almost every facet of regulation affecting agriculture, trade, the food industry, healthcare products, environmental chemicals, security, and so on. The European Commission, headed by unelected commissioners, pushed into place by a European elite, proposes laws as directives and regulations. These are then agreed by member state governments and the European Parliament in what it referred to as a ‘co-decision’ process.

Among these pieces of legislation is a raft of laws affecting natural healthcare. They include: the Food Supplements Directive, that regulates food supplement labelling, as well as vitamin and mineral forms and, imminently, their dosages; the Traditional Herbal Medicinal Products Directive, that provides a simplified drug registration system for particular types of herbal product intended for direct use by the consumer, and; the Nutrition and Health Claims Regulation, which will soon control everything that can be written, said or communicated in any other fashion, about foods and food ingredients.

In short, these laws replace previous UK laws, and are very much more restrictive than anything seen before in more liberal countries like the UK and the Netherlands.

The herbalists’ exemption, the roots of which hark back to Henry VIII, is also to be re-considered, following pressure form Brussels that the UK exemption is out of step with EU medicines law. In February 2011, an announcement was made by the Secretary of State for Health that committed the UK government to the statutory regulation of herbalists.

While there is presently talk that the privileges granted over centuries to herbalists will be maintained following SR, these will be restricted to those herbalists able to access a herbal register overseen by the Health Professions Council. For non-degree certified herbalists, irrespective of their years of experience, this may be a daunting or impossible task. But until the final form of the regulation is negotiated, herbalists in Britain are unable to sleep easy.

It would not be the first time a surprise package would have been delivered by the enemies of natural medicine.

Why it’s down to you

There is no doubt that this raft of EU laws represents the greatest threat yet seen to self-care using therapeutic natural health products – and to communicate openly about them. History tells us that public pressure within a democratic framework, coupled with sound justification and plenty of common sense, has a way of forcing wayward notions pushed by governments back on course.

The campaign against the medicalisation of dietary supplements waged in 1993-4 in the United States, which secured the existing Dietary Supplement Health & Education Act, is a good example of this. More letters and faxes were sent to Congress on this issue than on any other in US history.

Should the restriction of our freedoms continue to extend to the point that we are seriously compromised in our ability to self-care using natural products, there are at least two backstops. One is the use of the legal system to test the decision to ban a product, the other is our right to conscientious objection.

It is our view that many of the restrictions currently being imposed on manufacturers and suppliers of natural products exceed the rule of law. Other laws are simply so unreasonable that they warrant review by those overseeing the broader legal system.

It is imperative that where companies are forced to remove products from the market, the decisions underlying a government’s actions are evaluated by the courts. While some may feel that the courts have themselves been corrupted, a number of wins to-date would suggest this isn’t, at least always, the case. It is for this reason that we at the Alliance for Natural Health are preparing a case to protect the future of herbal products in the EU.

We plan to bring the case to the European Court of Justice, which has previously ruled favourably against overly restrictive interpretations of EU laws.

In the unlikely event that both the political and legal systems should fail, humans, I believe, will still find ways in which to nurture their bodies with the products of nature, as they have done for millennia. Some companies will continue to manufacture and supply products on grey and black markets, and many of us will still find ways of buying them.

Forever the optimist, I believe it will not be long before nature takes its course, and those in government are replaced by more enlightened people. These will demonstrate a deeper and broader understanding of the principles of health and wellbeing, and will recognise their intimate association with the natural environment.