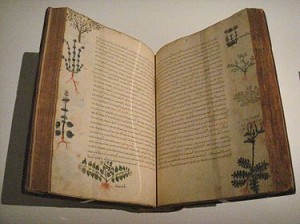 Acknowledging the value of ‘traditional use’ in herbal medicine

The Chinese have successfully used acupuncture for 2500 years for many different ailments.

For centuries African tribes have employed herbal hallucinogens  to stimulate the central nervous system and treat hundreds of disorders. Likewise, the indigenous people of South American have studied and learned how to use medicinal herbs from their environment to treat disease.

All this tradition-of-use data gleaned from our ancestors is ignored, even maligned, by modern science and by policymakers.

But according to a recent review this approach may be folly.

In Europe the use of traditional medicinal herbs is under threat. Currently a significant number of herbal medicinal products, despite their long history of use, do not meet the legal requirements of a well-established medicinal use, with recognised efficacy and acceptable levels of safety and therefore cannot fulfil the requirements of EU regulatory bodies for nutrition and health. Without this approval they cannot be sold.

Academics defend tradition of use

Now European academics have warned of the likely devastation to the botanicals sector if Europe continues to ignore tradition-of-use (TOU) data in favour of randomised clinical trials when assessing herbal supplement health claims.

The researchers noted the EU’s confusion on this subject. For instance, while TOU data was acceptable under the 2004 EU Traditional Herbal Medicinal Products Directive (THMPD), it does not appear to be accepted under the Nutrition and Health Claims Regulation (NHCR).

“…the effects observed must be proven under the new health claims rules,” wrote the researchers, led by Robert Anton from the Faculty of Pharmacy at the University of Strasbourg, in the European Food and Feed Law Review.

But, the add, “The substantiation required relies mainly on the availability of randomised controlled trials. Evidence from traditional use is not considered. This is bound to lead to the loss of an important heritage,”

So, does St John’s wort relive relieving mild-to-medium depression through the ages? Millions of users worldwide would say yes, but according to the outdated NHCR, the answer is no.

In fact there is no clear indication about how TOU data will be treated under the NHCR. Around 1500 botanical-health claim propositions have been put on hold by the European Commission (EC). The reason, according to the EC, is that the clinical trial-weighted NHCR criteria may not be appropriate for those substances.

Widespread use is relevant

The criteria used by the NHCR are supposedly designed to provide an appropriate legal framework for placing traditional herbal medicinal products on the market within the European Union.

But it is still unclear whether these criteria will be used by the European Food Safety Authority (EFSA) and other EU institutions to approve herbal products for sale.

The idea that tradition-of-use is important in understanding herbal remedies is not new.

The World  Health Organization acknowledges the widespread use of traditional medicines in both developed and developing countries and notes that  “Traditional medicine is the sum total of knowledge, skills and practices based on the theories, beliefs and experiences indigenous to different cultures that are used to maintain health, as well as to prevent, diagnose, improve or treat physical and mental illnesses.”

In the current review the researchers acknowledge this: “The consideration of traditional evidence from various sources is a valid scientific discipline,” they write, and then go on to provide an outline of how to verify and validate herbal TOU data, “as a basis for the assessment leading to the acceptance of health effects for botanicals.”

Examples like ginseng, tea, St John’s wort and chamomile are given where TOU data has sometimes been validated by clinical data at a later juncture.

The value of ‘old books’

They reviewers recommended that if a claim is fundamentally backed by TOU data, then the claim should reflect that reading something like, “Plant X is traditionally used to contribute to [the physiological function concerned]”.

“This approach adequately informs the consumer about why the specific food(supplement) in question is being recommended in relation to the labelled health effect.” they note. “The consumer may either accept the traditional basis and use the product or not and abstain from buying/using the product.”

They added: “Many of the traditionally observed health effects are transmitted orally, but many countries, civilisations and cultures have written accounts, including pharmacopoeia.”

“However, such sources may not always be easily accessible [there may be language barriers, for example], but there is more and more research into these ethnobotanic sources of knowledge making their information more readily available.”

Plants were used for medicinal purposes long before recorded history. Ancient Chinese and Egyptian papyrus writings describe medicinal uses for plants as early as 3,000 BC. Indigenous cultures (such as African and Native American) used herbs in their healing rituals, while others developed traditional medical systems (such as Ayurveda and Traditional Chinese Medicine) in which herbal therapies were used.

Whatismore, people in different parts of the world tended to use the same or similar plants for the same purposes.

The University of Maryland established a Centre for Integrative medicine, in 1992 supported by the US National Institutes of Health. It notes:  “Herbalism has a long tradition of use outside of conventional medicine. It is becoming more mainstream as improvements in analysis and quality control along with advances in clinical research show the value of herbal medicine in the treating and preventing disease.”

Acknowledging a tradition of use is a way providing valuable information to consumers, but moreover it is a way of acknowledging and respecting tradition and the study and teachings of countless generations before us.