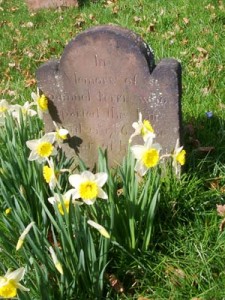 Breaking the silence on end of life care can help us get better at it [Image: DuBoix - Morguefile]

End of life care – how ‘caring’ is it really?

Natural Health News — Faced with the inevitability of death, we all wish for good care during the final stage of our lives.

It further shows that even when a patient gets past the point where any drugs can help,  non-pharmacological caregiving at the end of life is a complex skill rather than just a matter of providing  ‘the basics’.

“To be sure, palliative care is all about satisfying fundamental human needs, but what we found in our study was that it entails so much more than one might at first assume,” says Olav Lindqvist, researcher at the Medical Management Centre at Karolinska Institutet.

“If we are to further develop palliative care, we must learn more about this type of daily caregiving and tease out its nuances.”

What to give when you can’t give drugs

The study, which is published in PLoS Medicine, is part of a recently concluded three-year international project involving patients and caregivers in Germany, Italy, the Netherlands, Slovenia, Sweden, Switzerland, the UK, Argentina and New Zealand.

Its aim was to identify variations in non-pharmacological activities carried out as part of specialised palliative caregiving and to answer the question: What do caregivers actually do during the final days of a patient’s life apart from administer drugs?

The study included sixteen palliative outpatient and inpatient clinics in nine countries. The staff at each clinic was asked to record non-pharmacological activities that were carried out during the final days of a patient’s life, for three to four weeks.

The complexity of death rituals

It found three key areas that are sometimes overlooked in palliative care, namely bodily care and contact, a secure, aesthetic and comfortable environment, and death-related rituals.

“The caregivers described different kinds of communication with patients and relatives, from the giving of advice to communication through non-verbal, physical contact,” says Dr Lindqvist. “Rituals surrounding dying and death were not only spiritual or religious but also more subtly existential, legal and professional.”

The study also found that non-pharmacological palliative care is based on a number of complex and sophisticated decisions on the part of the caregiver regarding not only what can be done or should not be done, but also when, how and why to whom.

“A good example of this is oral care, which is an important aspect of the care given to a dying person,” says Dr Lindqvist. “It’s likely to make the dying person feel better and could ease contact with relatives since it becomes difficult to be close when someone’s breath smells strongly.

“But what happens if the patient refuses oral care? The nursing staff than has to deal with a complicated ethical dilemma. Oral care can also give relatives an opportunity to participate in the caring of a dying relative, and if they do this, it’s something that the caregivers must be able to take into consideration.”

The study comes at a time when end of life issues have  received a great deal of media attention. Two weeks ago a thoughtful, moving article entitled ‘How Doctors Die’ was published by online magazine Zocalo Public Square.

It’s author Dr Ken Murray, Clinical Assistant Professor of Family Medicine at University of Southern California argued that, faced with a fatal illness most doctors would not choose to undergo the very treatments that they ply so enthusiastically onto their own patients. He described these treatments as ‘futile care’ in that they are gruelling, often painful, debasing and in the end do not produce the desired result of saving a person’s life.

This provoked an unusually thoughtful response in Britain’s Daily Mail by its medical columnist Dr Martin Scurr who agreed that if faced with a diagnosis of cancer, for instance, he would opt to try to enjoy the rest of his life as best he could.

Both articles are essential reading because they bring focus to the issue of end of life care – something that is so essential but which we still seem to find so difficult to talk openly about.

Breaking the silence on end of life care can help us get better at it [Image: DuBoix - Morguefile]