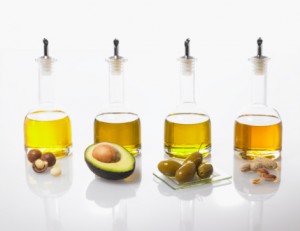 Essential fatty acids and prostate cancer – not quite the final word

Natural Health News — It’s been a week of frustration for men’s health with one study suggesting that supplements of omega-3 fatty acids could trigger aggressive prostate cancer while another suggests dietary sources of healthy vegetable fats are protective.

The big headline-grabbing study involved around 3,600 men and is purported to show that those who take fish oil acid supplements – a source of omega-3 fatty acids – were significantly more likely to be diagnosed with lethal high-grade prostate cancer than those with the lowest levels.

But what did it really say?

The study was more subtle and less straightforward than the headlines suggest.

Some of the men were taking Finasteride – a drug which is given to treat benign prostatic hyperplasia (enlarged prostate), but which has been shown to raise the risk of high-grade disease. Indeed in this study high grade cancers were most common in men who were taking the drug and in men who were older.

The study in the American Journal of Epidemiology actually shows that:

The study gives rise to lots of questions:

Thus while it is an interesting study, it is hardly the final word on the issue of essential fats and prostate cancer.

But some good news too

What was interesting, though, was the lack of risk found in men with higher blood levels of omega-6 linoleic acid. This would seem to support the findings of another recent study, though it contradicts some studies which suggest that omega-6 can promote inflammation and therefore cancer and other diseases.

Researchers at the University of California San Francisco found that by substituting healthy vegetable fats, such as olive and canola oils, nuts, seeds and avocados, for animal fats and carbohydrates, men with the disease had a markedly lower risk of developing lethal prostate cancer and dying from other causes.

The study, published online by JAMA Internal Medicine and involving nearly 4,600 men with non-metastatic prostate cancer, could help with the development of dietary guidelines for men with the disease. While prostate cancer affects millions of men around the world, little is known about the relationship between patients’ diets following their diagnosis and progression of the disease.

The new paper analysed intake of saturated, monounsaturated, polyunsaturated and trans fats as well as fats from animal and vegetable sources in the diets of 4577 men who had been diagnosed with non-metastatic prostate cancer (that is cancer that had not spread) between 1986 and 2010.

In looking at the link between diet and prostate cancer survival the authors uncovered a striking benefit: replacing just 10% of calories from carbohydrates with those from vegetable fat was associated with a 29% lower risk of dying from prostate cancer and a 26% lower risk of dying from any cause.  A similar association was found when 10% of saturated, animal fats were replaced with vegetable fats.

Even after taking into account factors such as age, types of medical treatment, body mass index, smoking, exercise and other dietary factors, elevated blood pressure, cholesterol at the time of prostate cancer diagnosis and other health conditions, men who had the highest consumption of vegetable fats had an overall 36% lower risk of dying from their prostate cancer.

But the opposite was also true. Replacing just 5% of calories from carbohydrates with saturated fats or 1% with trans fats was linked to a 30% higher risk of dying during the period of the study.

In recent years, evidence has indicated that diet might be an important way for men with prostate cancer to take an active role in determining their disease outcome and overall health. Research on advanced prostate cancer has suggested that fat intake may be relevant to disease progression, though we are still some ways to understanding the full picture.