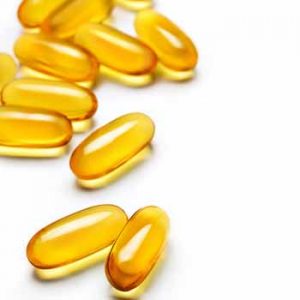 Omega-3 fatty acids may have a role to play in the prevention and treatment of some cancers. [Photo: Bigstock]

Natural Health News — Adding omega-3 fatty acids to anti-cancer medications may improve treatment response and quality of life for cancer patients, according to a new study.

The study, by researchers at the University Hospitals of Leicester in the UK looked 50 patients with advanced pancreatic cancer.

Patients were given 1,000 mg of gemcitabine weekly followed by up to 100g of omega-3 rich liquid supplement for three weeks followed by a ‘rest’ week without the supplement. This was continued for up to six cycles, depending on several factors including disease progression, signs of toxicity, patient request, or death.

» A new human study has found that large doses of omega-3 fatty acids, taken in conjunction with chemotherapy, may help slow the progression of pancreatic cancer.

» While not all studies on omega-3s and cancer show benefit, many do; and for a variety of other cancers as well.

» Some experts believe that for at risk of, or with cancer, omega-3 supplements may be helpful.

The researchers found benefits in terms stabilisation of the disease, a reduction in the size of tumours that spread to the liver, and improved quality of life.

While this study in the Journal of Parenteral and Enteral Nutrition, is the first study to use omega-3 fatty acids in conjunction with a chemotherapeutic cancer treatment, the researchers believe the results are encouraging enough to warrant further investigation.

Omega-3 fatty acids are thought to reduce inflammation in the body and a variety of cancers have been linked to chronic inflammation. For this reason some experts think omega-3s may help protect against cancer. Many, but not all, studies into omega-3s and cancer confirm this.

Other types of cancer has also been shown to benefit from fatty acids. In a 2013 study UK researchers found that omega-3 fatty acids, contained in oily fish such as salmon and trout, selectively inhibit growth and induce cell death in early and late-stage oral and skin cancers.

In some studies (but not all) women with high intake of the marine omega-3 fatty acids eicosapentaenoic acid (EPA) and docosahexaenoic acid (DHA) relative to their intake of omega-6 arachidonic acid have been found to have a reduced risk of breast cancer.

One study in 2013, was widely misrepresented in the media as showing that omega-3s actually increased rates of prostate cancer. However, a closer examination of that study showed that only one type of omega-3 fatty acid, docosahexaenoic acid (DHA), was associated with increased risk. Other types did not show this risk. Click here to read the review of this study, which raised more questions than it answered.

In fact, other evidence suggests benefits in prostate cancer. In a 2014 laboratory study, researchers from Washington State University found that omega-3 fatty acids actually suppressed the proliferation of cancer cells. One reason for this may be the anti-inflammatory properties of omega-3s.

As both a preventative and treatment, there are still several unanswered questions about whether the greatest benefit is from targeted omega-3 supplements or the inclusion of more fish in the diet. However, it may be that those at an increased risk of – or who have – certain cancers could benefit from increased omega-3 fatty acids in their normal diet.

Indeed, in another 2013 study, found that men with prostate cancer could help slow the growth of cancer cells if they ate a low-fat diet and took fish oil supplements.

Omega-3 fatty acids may have a role to play in the prevention and treatment of some cancers. [Photo: Bigstock]