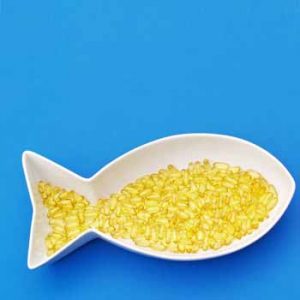 According to the study in Nature Scientific Reports fish oil activates receptors in the digestive tract, and triggers activity in the sympathetic nervous system that induces specific type of fat cells to metabolise fat.

A third type of fat cell – “beige” cells – have recently been discovered in humans and mice, and have shown to function much like brown cells. Beige cells also reduce in number as people approach middle age; without these metabolising cells, fat continues accumulating for decades without ever being used.

The scientists investigated whether the number of these beige cells could be increased by increasing intake of fish oils.

From storage to metabolism

“We knew from previous research that fish oil has tremendous health benefits, including the prevention of fat accumulation,” says senior author Teruo Kawada. “We tested whether fish oil and an increase in beige cells could be related.”

The team fed one group of mice fatty food, and four other groups received fatty food with four different types of fish oil enriched with either low or high dose DHA (docosahexaenoic acid) or low or high dose EPA (eicosapentaenoic acid). Whatever type of fish oil they were supplemented with the mice in those groups gained 5-10% less weight and 15-25% less fat compared to those that did not consume any oil.

Both the DHA and EPA rich oils produced similar results and the scientists speculate that if combined they could have a more potent synergistic effect.

The study also found that beige cells formed from white fat cells when the sympathetic nervous system was activated, meaning that certain fat-storage cells can shift from storage cells to metabolising cells.

Although this was an animal study it points the way towards our understanding of how different aspects of diet can help or hinder health.

“People have long said that food from Japan and the Mediterranean contribute to longevity, but why these cuisines are beneficial was up for debate,” says Kawada. “Now we have better insight into why that may be.”