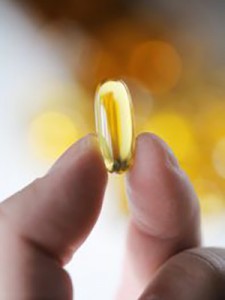 Researchers at the University of Pennsylvania studied 100 Mauritian children, between the ages of eight and 16, who received regular 100mg of omega-3 in a juice drink for six months, and another 100 children who received the same drink without the supplement. The juice, provided by Norwegian firm, Smartfish, contained 300 mg of DHA (docosahexaenoic acid), 200 mg of EPA (eicosapentaenoic acid), 400 mg of ALA (alpha-linolenic acid) and 100 mg of DPA (docosapentaenoic acid).

The children and parents in both groups took a series of personality assessments and questionnaires at the start of the trial, and the children’s behaviour and mental/emotional states assessed by both the parents and the children themselves at 6 months.

» Longer term research by the same team suggests that these improvements can lead to a reduction in criminal behaviour as adults.

At that time the researchers also administered a blood test to see if the children in the experimental group had higher levels of omega-3 than those in the controls.

After 12 months the researchers had parents and children take the assessments again to see if there were any lasting effects from the supplements.

Improvement but still some questions

At 6 months there was little difference between the groups. “But,” says Principle investigator Adrian Raine “what was particularly interesting was what was happening at 12 months. Behaviour in the control group returned to what it was before the trial while the omega-3 group continued to go down. “In the end, we saw a 42% reduction in scores on externalising behaviour and 62% reduction in internalising behaviour.”

Writing in the Journal of Child Psychology and Psychiatry the researchers caution that that there are still questions. These include why the parents reported better behaviour but the children themselves did not report feeling better in themselves.

There is also a question mark hanging over the fact that the parent’s antisocial and aggressive behaviour also improved when their children were taking the supplemented drink. This could be explained by the parents taking some of their child’s supplement, or simply because of a positive response to their child’s own behavioural improvement.

Getting with the programme

However the same team has also tracked children with behavioural problems in another long-term study.

These children participated in an ‘enrichment programme’ as 3-year-olds, which included a regimen of cognitive stimulation, physical exercise and nutritional enrichment, specifically with omega-3 oils.

The remarkable results showed that at 11 years, participants in the enrichment program showed a marked improvement in brain function as measured by EEG, as compared to those who didn’t participate. At age 23, they showed a 34% reduction in criminal behaviour.

Omega-3 is critical to brain development and function.

“Omega-3 regulates neurotransmitters, enhances the life of a neuron, and increases dendritic branching, but our bodies do not produce it. We can only get it from the environment,” Raine said.

Other researchers have shown that omega-3 supplementation increases the function of the dorsolateral prefrontal cortex, a region of the brain which Raine found to have higher rates of damage or dysfunction in criminal offenders.

As a protective factor for reducing behaviour problems in children, nutrition is a promising option and it is also relatively inexpensive, widely available and can be easy for both parents and children to manage.