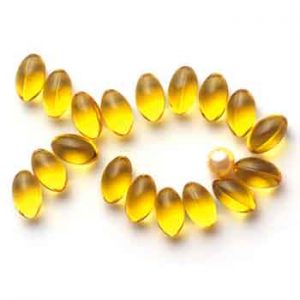 Omega-3 fatty acids are protective against many physical and mental health problems in both adults and children. [Photo: Bigstock]

Adults across the world not getting enough omega-3

Natural Health News — A new world map of omega-3 levels shows consumption is too low to prevent cardiovascular and cognitive health issues, in many places.

The map has been compiled from a comprehensive review of 298 studies into levels of omega-3 fatty acids in healthy adults around the world. Although there are still some gaps to be filled in (not all countries have omega-3 data available), it clearly shows low to very low omega-3 polyunsaturated fatty acids (PUFAs) levels in many large regions of the world, especially for eicosapentaenoic acid (EPA) and docosahexaenoic acid (DHA).

» An analysis of available research has shown that in many areas of the world blood levels of essential omega-3 fatty acids are very low.

» Although compiled by a supplement manufacturers, the data are both interesting and worrying because omega-3s are protective against many diseases including heart disease, dementia and cancer in adults and in children they are necessary for proper brain development.

Omega-3 deficiencies have been linked with increased risk of cardiovascular disease, cancer and diabetes along with cognitive and vision problems.

The review in the journal Progress in Lipid Research was undertaken by DSM Nutritional Products, a manufacturer of omega 3 fatty acids. The company says it hopes the findings might prompt new guidelines and recommendations from local, national and regional health authorities.

“We believe there is a strong case for health authorities to issue recommendations relating to omega-3 and a reduction in the risk of experiencing cardiovascular disease and cognitive decline, alongside other guidance such as the importance of a healthy diet and increased physical activity,” said Dr Manfred Eggersdorfer, senior VP in nutrition science and advocacy at DSM.

The problem of low omega-3 intake is potentially serious. A recent EU-wide study found that more widespread regular consumption of omega-3 supplements could save healthcare systems and providers in the EU billions every year.

But it is not just older people that can benefit. Omega-3 fatty acids are  critical to brain development and function and last year a study of children revealed that those who were supplemented with daily omega-3 showed less aggressive and antisocial behaviour and were also less prone to depression, anxiety and withdrawal.

Omega-3 supplements have also been shown to help provide post-menopausal women with protection against breast cancer and may help improve treatment response and quality of life for pancreatic cancer patients.

According to the study, the regions with very low EPA and DHA blood levels include all of the Americas, central and southern Europe, the Middle East, south east Asia and Africa.

“Low omega-3 levels are particularly widespread in the western world and this may reflect dietary habits or consumer attitudes to supplementation,” Dr Eggersdorfer noted.

The trend is also partly a result of our increased reliance on processed foods which tend to be heavy on omega-6 fatty acids and low in omega-3s.

Though consumer awareness of omega-3 as a beneficial supplement is high, many may not necessarily be aware of its exact health benefits.

It is hoped the map will raise awareness among both consumers and industry of the high proportion of healthy adult populations who do not have get adequate levels of EPA and DHA.

Omega-3 fatty acids are protective against many physical and mental health problems in both adults and children. [Photo: Bigstock]