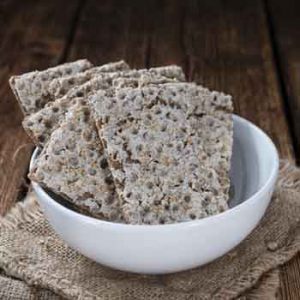 A high fibre diet protects against diabetes by feeding good bacteria in the gut. [photo: Bigstock]

Natural Health News — A fibre-rich diet can encourage the growth of a type of healthy gut bacteria which, in turn, produces a chemical that can help prevent diabetes.

Indolepropionic acid is produced by intestinal bacteria, and its production is boosted by a fibre-rich diet – which includes nuts, cereals and beans, according to a new study from the University of Eastern Finland.

The scientists say that the discovery, published in Scientific Reports, provides additional insight into the role of intestinal bacteria in the interplay between diet, metabolism and health.

The study looked at 200 people participating in the Finnish Diabetes Prevention Study (DPS).  At the beginning of the study, all participants were overweight and had impaired glucose tolerance.

» New evidence suggests that diabetes prevention may begin in the gut.

» Finnish researchers have shown that a fibre-rich diet encourages the growth of bacteria, which in turn release indolepropionic acid, a substance that can help control diabetes.

» Over 15 years, those with the highest blood levels  were less likely to develop type-2 diabetes.

The researchers divided the participants into two ground: those who either developed type 2 diabetes within the first 5 years, or did not convert to type 2 diabetes within a 15-year follow-up. They then examined the blood of the participants using state of the art metabolic profiling known as metabolomics analysis which allowed the researchers to get a fuller picture of metabolites in the blood.

The greatest differences in the metabolic profiles of those who developed type 2 diabetes and those who didn’t were observed in the concentrations of indolepropionic acid and certain lipid (fatty) metabolites.

In addition to the DPS data, the The researchers also looked at the association of indolepropionic acid with the risk of diabetes was also studies: the Finnish Metabolic Syndrome In Men Study, METSIM, and in the Swedish Västerbotten Intervention Project, VIP. Here too, indolepropionic acid was discovered to protect against diabetes.

A better balance of fats helps too

“Earlier studies, too, have linked intestinal bacteria with the risk of disease in overweight people. Our findings suggest that indolepropionic acid may be one factor that mediates the protective effect of diet and intestinal bacteria,” Academy Research Fellow Kati Hanhineva from the University of Eastern Finland says.

A high fibre diet protects against diabetes by feeding good bacteria in the gut. [photo: Bigstock]