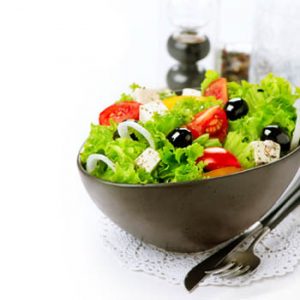 Natural Health News — For people with multiple sclerosis (MS), eating a healthy diet of fruits, vegetables and whole grains may be linked to having less disability and fewer symptoms than those eating a less healthy diet.

“People with MS often ask if there is anything they can do to delay or avoid disability, and many people want to know if their diet can play a role, but there have been few studies investigating this,” said study author Kathryn C. Fitzgerald, ScD, of Johns Hopkins School of Medicine in Baltimore, Md., and a member of the American Academy of Neurology.

» For people with MS controlling symptoms can be difficult.

» In a recent large survey, researchers studied the diets of people with all types of MS and compared these to disabling symptoms such as pain, depression, physical disability and fatigue.

» Those who ate more portions of healthy fruits, vegetables and whole grains each day experienced significantly less disability and fewer symptoms than those eating a less healthy diet.

The study, published in the journal Neurology involved 6,989 people with all types of MS who completed questionnaires about their diet as part of the North American Research Committee (NARCOMS) registry.

The definition of a healthy diet focused on eating more fruits, vegetables, legumes and whole grains and less sugar from desserts and sweetened beverages and less red meat and processed meat. The participants were divided into five groups based on how healthy their diet was.

Researchers also assessed whether participants had an overall healthy lifestyle, which was defined as having a healthy weight, getting regular physical activity, eating a better than average diet and not smoking.

The participants were also asked whether they had a relapse of MS symptoms or a gradual worsening of symptoms in the past six months and reported their level of disability and how severe their symptoms were in areas such as fatigue, mobility, pain and depression.

The study also looked at whether people followed a specific diet, including popular diets such as Paleo, weight-loss plans or diets that have been touted in self-help books and websites as beneficial for people with MS, such as the Wahls’ diet. The researchers found that overall, past or current use of these diets was associated with modestly reduced risk of increased disability.