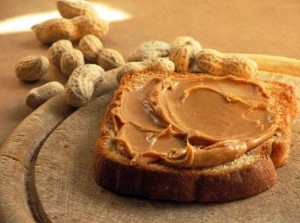 Natural Health News — A new study has shown that healthy levels of vegetable protein and fat intakes, including peanut butter and nuts, during pre-adolescence may subsequently help reduce the risk for benign breast disease.

Previous research has shown that benign breast disease (BBD) in young women is associated with increased risk of breast cancer and other adult diseases.

Researchers from Brigham and Women’s Hospital in Boston analysed data from 9,039 preteen and teenage girls (aged 9 to 15 years) who participated in the long-term research study, Growing Up Today. The girls completed food frequency questionnaires in 1996 then annually through 2001, and then regularly between 2003 and 2010.

This data was compared with subsequent diagnoses of benign breast disease (BBD) that was confirmed by biopsy, when the girls had reached the ages of 18-30.

Reporting in the journal Breast Cancer Research and Treatment, the researchers found that in the youngest girls a diet that included 10g per day of vegetable fat was associated with a 28% lower risk of BBD. The greatest sources of vegetable fat and protein in these girls was peanut butter, peanuts, nuts, or pulses and a daily serving of any of these, but especially peanut butter, was associated with 68% lower risk.

In this study peanut butter appeared to combine the best of both worlds, nutritionally. Overall eating peanut butter three days a week reduced the risk of developing benign breast disease by 39% and this protective effect remained even after accounting for a healthy diet.

Say the researchers, “Vegetable fat consumed by pre-adolescent girls and vegetable protein consumed by adolescents may be protective, while peanut butter, high in both protein and fat, consumed at any age may be associated with lower risk for BBD.”

Although the study found that a protective effect from eating other nuts, beans, lentils, soybeans and corn the girls studied ate far fewer of these foods, and so in the context of this study the evidence for them was weaker.

Peanut butter is one of the most commonly consumed plant-proteins in America. In a population where these foods were consumed more regularly it is likely their effect could equal that of peanuts and peanut butter – good news for those worried about peanut allergies (which affect around 1.5% of children and adults).

They concluded: “Consumption of vegetable protein, fat, peanut butter, or nuts by older girls may help reduce their risk of BBD as young women”.

Other evidence has also linked peanut butter and nut and vegetable fat consumption to a lower risk of benign breast disease.

Just a note of caution: not all peanut butters are created equal. To get the best for you and your family make sure that you are eating peanut butter that is, preferably organic and free from sugar and trans fats and little or no salt. It’s the peanuts that are good for you, not the additives. You might also want to try other nut butters such as almond butter.