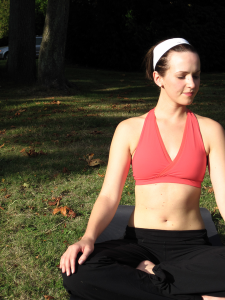 Practicing yoga significantly improves the quality of life of women suffering from breast cancer and undergoing radiation therapy, according to a new study by Indian and American researchers Breast cancer patients who practice yoga experience lower stress and improved quality of life compared to counterparts who do stretching exercises, a US study indicated.

The findings from the ongoing study were released ahead of their official presentation at the 47th annual meeting of the American Society of Clinical Oncology.

Researchers at the University of Texas MD Anderson Cancer Center studied 163 women (average age of 52) who were undergoing radiation therapy for breast cancer at various stages from early onset to stage three.

The women were randomly assigned to one of three groups – those who practiced yoga techniques and instructors provided by India’s largest yoga research institution, Swami Vivekananda Yoga Anusandhana Samsthana in Bangalore, those who did simple stretching exercises and those who received no instruction for taking physical exercise.

Those assigned to yoga or stretching practiced in one-hour sessions three times a week for the duration of the six-week radiation therapy.

At the end of their radiation treatment, they were asked to report on their own health and well-being at one, three and six months after treatment, and they also underwent tests to measure heart function and stress hormone levels.

This is particularly important because higher stress hormone levels throughout the day have been linked to worse outcomes in breast cancer.

A separate study released last month suggested that regular yoga practice by cardiac patients was able to cut irregular heartbeat episodes in half.