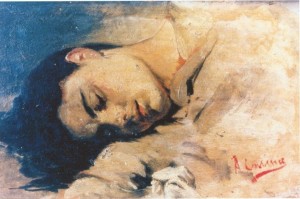 How much sleep do we need to stay healthy? According to researchers at the Cleveland Clinic Sleep Disorders Center in Ohio Getting the answer is no less than six and no more than nine hours per night.

The scientists analysed data from 10,654 patient records, which were collected from January 2008 to May 2010. For the purposes of this study they defined ‘short sleep’ as less than six hours per night, and ‘long sleep’ as more than nine hours per night.

Results show that people whose sleep times fell within a ‘normal’ duration of six to nine hours per night experienced a higher quality of life and lower incidence of depression compared to short and long sleepers. These differences were statistically significant in all comparisons.

Lead investigator Dr. Charles Bae, neurologist at the Cleveland Clinic Sleep Disorders Center in Ohio said the researchers were surprised that too little and too much sleep were associated with the same kinds of declines in health. “It was surprising to see that sleeping less than six hours and more than nine hours is associated with a similar decrease in quality of life and increase in depressive symptoms,” he said.

“I thought that there would be changes in quality of life and degree of depressive symptoms for short and long sleepers, but did not expect that those changes would be similar in both groups.” “People may already expect that their quality of life could be decreased when they do not get enough sleep, but they may not realise that sleeping too much can also have a negative impact.”

The results were presented at SLEEP 2011, the 25th Anniversary Meeting of the Associated Professional Sleep Societies LLC (APSS).