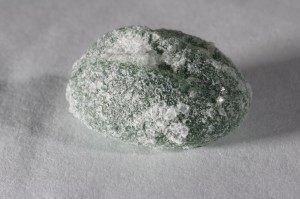 Zinc Lozenges can shorten a common cold by up to 40%

A new analysis from Finland suggests that zinc lozenges may shorten the duration of common cold episodes by up to 40%.

To get an overview of whether zinc lozenges are effective or not, scientists from the University of Helsinki, Finland, analysed the data from all available trials which compared zinc lozenges to placebo in the treatment of the common cold. This process is known as meta-analysis.

Of the 13 trial comparisons identified, five used a total daily zinc dose of less than 75mg and uniformly those five comparisons found no effect of zinc. Three trials used zinc acetate in daily doses of over 75mg, with the average indicating a 42% reduction in the duration of colds.

Five trials used zinc salts other than acetate in daily doses of over 75mg, with the average indicating a 20% decrease in the duration of colds. In one trial there were no significant differences between the zinc and placebo groups in the occurrence of adverse effects although the daily dose of zinc was 92 mg.

In several studies, zinc lozenges caused adverse effects, such as bad taste, but there is no evidence that zinc lozenges might cause long term harm. The overall conclusion was pay attention to what’s in your zinc lozenges; those containing zinc acetate or zinc salts in doses of 75mg do appear to shorten the duration of the common cold.

Zinc Lozenges can shorten a common cold by up to 40%