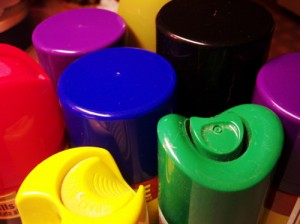 Natural Health News — If you suffer from respiratory problems such as asthma or a chronic runny nose, the first thing you may want to do is to throw out, unplug and generally rid your home of air fresheners.

At the annual scientific meeting of the American College of Allergy, Asthma and Immunology (ACAAI) in Boston recently, president-elect Dr Stanley Fineman spoke to colleagues about the growing problem.

He noted that while sales of home air fresheners and scented candles are on the rise, so are respiratory problems in homes where these products are used.

“This is a much bigger problem than people realize,” said Dr Fineman, “About 20 percent of the population and 34 percent of people with asthma report health problems from air fresheners. We know air freshener fragrances can trigger allergy symptoms, aggravate existing allergies and worsen asthma.”

Home fragrance products such as room sprays, scented candles, plug-in deodorisers and wick diffusers may smell “fresh,” but Dr. Fineman warns many of these products contain volatile organic compounds (VOCs) and are merely “covering up” – not eliminating – odours in the home. The most common VOCs found in air fresheners include:

In his presentation, Dr. Fineman said there is evidence that room deodoriser, such as the popular plug-in type which continually disperse chemicals into the air, can contain more than 20 different VOCs with more than one third of which have been classified as toxic or hazardous.

Despite research showing some air fresheners contain VOCs at toxic or hazardous levels based on federal guidelines, the home fragrance industry is expected to see continued growth, reaching $8.3 billion in global sales by 2015.

The question is why do we continue to use them?

“There has been a shift among home fragrance consumers that pleasant smelling homes are not just for the holidays,” Dr. Fineman said. “We also are seeing a trend by manufacturers to market these products as aromatherapy which implies health and mood-boosting benefits although there are no scientific studies to support these claims.”

Fineman admitted being sceptical of many green alternatives to conventional air fresheners and recommend that those who desire a fresh scent without the associated health risks should open windows to let clear the air.

However, in studies the fragrances which have been shown to trigger respiratory problems have inevitably been synthetic fragrances used so widely in conventional products.

While Dr. Fineman believes consumers need to be aware of what they are bringing into their homes, he also added that allergists need to be vigilant about asking patients about exposure to scented products, and they need to keep this potential trigger on their radar.

Allergists have the training and expertise to treat more than just the allergy symptoms. Those who suspect home fragrances may be triggering allergy symptoms, aggravating existing allergies or worsening asthma may wish to consult an allergy specialist for advice.

There is a vast amount of data to show that the health problems of rising air freshener use is not new, nor is it linked only to respiratory disease. In 2007 the National Resources Defence Council (NRDC) in the US conducted an analysis of more than a dozen common household air fresheners and found that most contain chemicals that may affect hormones and reproductive development, particularly in babies.

Of particular concern was the level of gender-bending phthalates in air freshening products.

In the UK, Bristol University’s Children of the 90s study(also known as the Avon Longitudinal Study of Parents and Children, or ALSPAC which has followed the health and development of 14,000 children since before birth, was the first study to investigate the effects of VOCs on infants.

In 2004, the researchers found that frequent use of air fresheners and aerosols during pregnancy and early childhood was associated with higher levels of diarrhoea, earache and other symptoms in infants, as well as headaches and depression in mothers. The symptoms in mothers are due to the neurotoxic substances which are also present in commercial air fresheners.