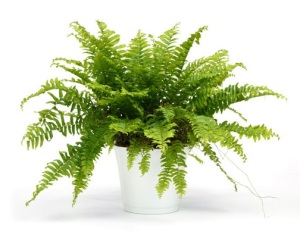 Bringing a bit of nature indoors could be the best way to improve the quality of your indoor air.

Air quality in homes, offices, and other indoor spaces is now a major public health concern, particularly in developed countries where people often spend up to 90% of their time indoors.

Concern has been building for a long time. In the 1980s the EPA published the findings of one of the most famous and devastating studies into indoor air quality. The Total Exposure Assessment Methodology (TEAM) study changed most of our cherished assumptions about the safety of indoor air. Its data showed that our greatest personal exposure to pollutants – in particular, carcinogenic and neurotoxic volatile organic compounds (VOCs) – is from air inside the home and not from outside air.

Numerous studies conducted since the TEAM data were released have confirmed that levels of VOCs and other harmful pollutants tend to be higher indoors than out.

This indoor air pollution in homes, schools and offices is the result of volatile gases released from building materials like paints, varnishes, adhesives, wood panelling, plastics (including those bright plastic storage boxes) as well as clothing and soft furnishings, solvents, cleaning products,  mould, tobacco smoke and even tap water.

Office equipment, such as photocopiers, franking machines, printers and fax machines, give off a range of toxic gases too.

These volatile gases trigger symptoms that mimic allergies and flu most prominent of which are – lethargy, headache, dizziness, disorientation, difficulty concentrating and eye, nose and throat irritations. and that’s just in the short term – the long term health impacts of sick buildings which leech neurotoxic and carcinogenic chemicals into the air are still being studied.

The presence of high levels of these indoor pollutants is in part due to the switch from working and living in buildings where open windows provided ventilation to working and living in more energy-efficient environments, where windows are sealed-up tight and the climate is controlled with heating and air-conditioning units. Indeed, sick building syndrome was originally called ‘tight building syndrome’.

You can open a window – assuming your windows open – and this is definitely better than trying to ‘freshen’ the air with toxic air fresheners (indeed air fresheners are major source of indoor air pollution!).

But what else can you do to help keep indoor air clean?

House plants to the rescue

Back in the 1980s a  two-year study by NASA scientists suggests that the most sophisticated pollution-absorbing device in your home is a potted plant.

The top most effective house plants detailed in that report were:

In general, said the report, leafy green plants such as philodendron, spider plant and the golden pothos are more effective in removing formaldehyde while flowering plants such as gerbera daisy and chrysanthemum are superior in removing benzene from the atmosphere.

There’s even a name for it – phytoremediation

Since that time numerous other studies have looked at the benefits of what is now called “phytoremediation” – the use of green plants to remove pollutants or render them harmless.

For example, in 2009 a study by Pennsylvania State University researchers looked at the effects of three common houseplants on indoor ozone levels. The scientists chose snake plant, spider plant, and golden pothos for the experiment because of the plants’ popularity (primarily due to their low cost, low maintenance, and rich foliage) and their reported ability to reduce other indoor air pollutants. The plants were studied to determine their effectiveness in reducing ozone concentrations in a simulated indoor environment.

The data revealed that ozone depletion rates were higher in the chambers that contained plants than in the control chambers without plants, but there were no differences in effectiveness among the three plants.

“Because indoor air pollution extensively affects developing countries, using plants as a mitigation method could serve as a cost-effective tool in the developing world where expensive pollution mitigation technology may not be economically feasible”, the scientists concluded.

Clearing the air of some truly nasty pollutants

That same year a study for the University of Georgia team tested 28 common indoor ornamentals for their ability to remove five volatile indoor pollutants:

Tradescantia pallida (Purple heart plant) was rated superior for its ability to remove four of the VOCs.

The study concluded that simply introducing common ornamental plants into indoor spaces has the potential to significantly improve the quality of indoor air. In addition to the obvious health benefits for consumers, the increased use of indoor plants in both ”green” and traditional buildings could have a tremendous positive impact on the ornamental plant industry by increasing customer demand and sales.

In another study in 2011, Korean and US researchers tested 86 species of plant for their ability to remove formaldehyde from the atmosphere.

Ferns had the highest formaldehyde removal efficiency of the five classes of plants tested, with Osmunda japonica determined to be most effective of all 86 species, coming in at 50 times more effective than the least (D. deremensis) efficient species.

The researchers concluded that phytoremediation is a potentially viable and environmentally significant means of improving the indoor air quality in homes and offices.

Not just for removing toxins

There are a lot of other health reasons to have plants in your life. They bring a bit of the outdoors in, and studies show that just seeing the colour green can have a calming effect and it can ever lower blood pressure. Other evidence shows that seeing some green can help boost creativity.

In 2000 a study at the University of Agriculture in Norway found indoor plants in hospitals, offices and schools can reduce fatigue, coughs, sore throats and other cold-related illnesses by up to than 25%, partially by increasing humidity levels and decreasing dust. Later research by the same team confirmed this finding.

Living, green and flowering plants have an amazing ability to remove a number of truly awful toxic chemicals from the air. You can use plants in your home or office to improve the quality of the air and to make it a more pleasant place to live and work, where people feel better, perform better and enjoy life more. For an area of 1800 square feet, 15–20 plants are required to clean the air.

Why not give it a try?