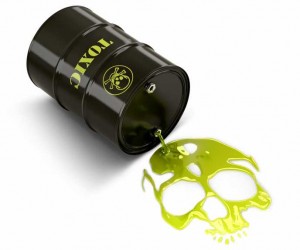 Natural Health News – The United Nations is calling for urgent action to reduce the growing health and environmental hazards from exposure to chemical substances.

A new study by the UN Environment Program (UNEP), titled Global Chemicals Outlook, presents a stark view of a world that is overwhelmed by increased volumes of chemicals.

In recent years, international conventions, governments and corporations paid a lot of lip service to developing national and international capacities for managing chemicals safely and soundly.

But as the new report states, the pace of progress has been slow, and results too often insufficient. For example:

All pervasive and getting bigger

Chemicals are pervasive in every aspect of life. They are used in agriculture, electronics and mining.  They are also found in products such as cosmetics, paints, adhesives, textiles and toys for children.

This chemical ‘intensification’ of economies, means that synthetic chemicals are fast becoming the largest constituents of waste streams and pollution around the world – increasing the exposure of humans and habitats to chemical hazards.

Environmental health at risk, too

The report details key environmental concerns such as pesticide and fertiliser contamination of rivers and lakes, heavy metal pollution associated with cement and textile production, and dioxin contamination from mining.

Run-off from fertilisers and pesticides is contributing to a growing number of oxygen-poor ‘dead zones’ in coastal waters.

It also stresses the dangers of persistent organic pollutants, which can be transported over long distances in the air and are later deposited onto land and water resources.  As these chemicals accumulate in organisms, they move up the food chain.  Scientists say they are responsible for the near extinction of some species.

The World Health Organization estimates more than 25% of the global burden of disease is linked to environmental factors.

The director of World Health Organization’s Department of Public Health and the Environment, Maria Neira, says the WHO has data that proves 4.9 million deaths from these diseases are attributable to environmental exposure of selected chemicals.

But said Neira, that shocking figure is, “Obviously… an underestimation.  This is just the tip of the iceberg.  We know that data is only available on a very small number of chemicals.  If we go for more that would probably give us a more dramatic figure.”

Authors of the UN report urge chemical producers, manufacturers and importers to play an active role in working with governments to develop safety policies.  It urges governments in developing and emerging countries to establish policies that focus on preventing risks and promoting safer alternatives, rather than only rectifying hazards.

Sound management of chemicals, say the authors, could save millions of lives, preserve the environment and free up much needed funds for health promotion. According to UNEP’s director of the Division for Technology, Industry and Economics, Sylvie Lemmet, we currently spend more on treating disability from chemical poisonings than we do on overseas aid.

“If you look at the estimated cost of poisoning from pesticide in sub-Saharan Africa, only the injury and the loss of working time…is estimated to be $6.3 billion dollars in 2009” she said “This is higher than the total ODA [Overseas Development Aid] that is going to the health sector in that same area.”

The American Chemistry Council (ACC), a group that represents and is funded by US chemical companies, has refuted the findings of the report.  It says that “significant” data gaps prevent the report from being able to distinguish the health impacts of chemicals from those of other environmental factors, resulting in “unreliable conclusions.”

It could be argued, however, that any data gaps that exist do so because of chemical companies’ refusal to properly test their products, and prove their safety, BEFORE they are released onto the market.  Weak government regulation of chemicals and a refusal to adopt sensible Precautionary Principle laws have allowed this chemical free for all and left average citizens poorly protected.