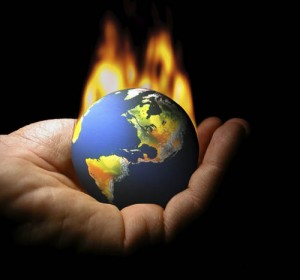 Climate change will have a profound effect on health problems such as asthma, allergies and infectious diseases

“We haven’t really grasped the fact that a change in climate presents a quite fundamental threat to the foundations of population health,” Prof McMichael, from the Australian National University told Australian Associated Press in a recent interview.

In a paper published this week in the Proceedings of the National Academy of Sciences, Prof McMichael argues the world faces extreme climate change “without precedent” over the past 10,000 years. His paper suggests natural climate change over thousands of years has destabilised civilisations via food shortages, disease and unrest.

“With the exception of a few downward spikes of acute cooling due to massive volcanic eruptions, most of the changes have been within a band of about plus or minus three-quarters of a degree centigrade,” he said.

“Yet we are talking about the likelihood this century of going beyond two degrees centigrade and quite probably, on current trajectory, reaching a global average increase of three to four degrees.”

While modern societies today are better equipped to defend themselves physically and technologically, he says, we lack the flexibility smaller groups had in the past because in a crowded world there are fewer places to retreat to when things get bad.

Prof McMichael says it’s not easy to raise awareness of the risk.

“Most of the attention has been of a more limited shorter-term kind relating to things around us like the economy, our property, infrastructure and risks to iconic ecosystems and species” – things which can seem remote to many of us.

Health impacts of a warmer world

In terms of climate change, the greatest recurring health risk over past millennia has been from food shortages mostly caused by drying and drought. Drought can also result in greater contact with rodents searching for scarce food supplies.

Warming also leads to an increase in infectious diseases as a result of better growth conditions for bacteria and the proliferation of mosquitoes.

In fact, bacteria, viruses and fungi and other parasites are extremely adaptable, and can thrive under challenging circumstances. If our experience with antibiotics has taught us anything it is that the more we attack them, the more invulnerable they become.

Now, in an era of climate change, we have set a challenge to the world’s microbes that may see them evolving faster than we can envisage creative solutions to stop them.

Climate change affects the ‘hosts’ – animals that carry viruses that can spread to humans – as well. For instance another study last year in the Proceedings of the National Academy of Sciences, scientists at the Harvard School of Public Health, found that the last four major flu pandemics – in 1918, 1957, 1968 and 2009.

These years all followed a climate pattern called La Nina, which brings colder-than-normal sea surface temperatures in the central Pacific Ocean and generally results in cooler global temperatures. 2012 is a La Nina year though we have yet to see if it will follow the pattern.

As the temperature changes, migratory patterns in wild birds, the primary pool for human flu also change. They may stop in different places or spend longer in some locations and bring together bird species that otherwise would not come into contact with one another. This intermingling means viruses have more chance to evolve and mutate.

In addition, some scientists speculate that rising levels of atmospheric CO2 can have a dramatic effect on the growth cycles of viruses. The theory is that CO2 is an acidic gas, and viruses – such as influenza, Ebola and SARS – thrive in a more acidic body environment that might arise in the blood and tissues of humans who are inhaling more CO2 with every breath.

Last year a survey of US adults found  that explaining climate change in terms of health risks made it easier for many adults to understand and care about the problem.

Writing in the journal BMC Public Health, researchers at George Mason University’s Center for Climate Change Communication, said that, most of us were “only dimly aware of the health implications of climate change” and that “most people see climate change as a geographically and temporally distant threat to the non-human environment”

The language of scientists, policy-makers and NGOs sometimes served to distance people from the human impact of climate change. But reframing the issue in terms of human health, they said, could bridge the gap.

‘Re-defining climate change in public health terms” they wrote “should help people make connection to already familiar problems such as asthma, allergies and infectious diseases, while shifting the visualisation of the issue away from remote Arctic regions and distant peoples and animals,’ this in turn can help average people become more engaged in the issue of climate change.

Climate change will have a profound effect on health problems such as asthma, allergies and infectious diseases