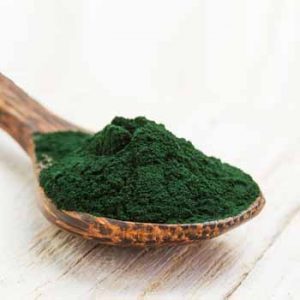 Spirulina is one of the oldest living organisms on earth. [Photo: Bigstock]

Potential benefits, according to the small pilot study in the International Journal of Food Sciences and Nutrition, were seen both in the short-term and long-term.

To test spirulina’s effects scientists at Ohio State University recruited 17 healthy men who were then randomly assigned to receive either placebo or 3g per day of spirulina for eight weeks. During the study researchers administered aerobic exercise tests and mathematical-based mental fatigue tests, and also asked the subjects to rate their own feelings of daily fatigue.

Results showed that performance improvements on the mental fatigue test were measurable four hours after the first supplementation with spirulina, and continued for eight weeks, compared to placebo.

What is more, according to the researchers the benefits seen for mental fatigue were “fairly large” and could not be accounted for by the men adapting to the test – since the men in the placebo group actually got worse as mental fatigue increased.

» Spirulina is a single celled micro algae found in fresh and saltwater. It is one of the oldest life forms on earth.

» It’s also a nutrient powerhouse containing up to 71% pure protein, 18 amino acids and a full spectrum of nutrients. Past studies on athletes have shown spirulina benefits stamina.

» This current study found benefits for non-athletes who were healthy but under stress.

Testing the men’s capacity for exercise the researchers observed that the spirulina group showed an increase calorie burn after one week, but this had disappeared after eight weeks. It is not known why this would be the case, but the small size of the study may have been influential.

Self-reported physical and mental fatigue was also improved after four hours in the spirulina group, and still evident after eight weeks.

Previous studies have come up with conflicting opinions about spirulina’s ability to battle fatigue. A Romanian study in which people with chronic fatigue symptoms were given 3g of spirulina daily, found no real benefit. But other studies have shown benefits. A small study of Taiwanese runners found that protected runners’ muscles during intensive training and increased their stamina. A Greek study also found that spirulina increased exercise performance and fat burning.

Professor Robert DiSilvestro from Ohio State’s Department of Human Sciences and corresponding author on the study, commented: “The biggest value of this study is that practical benefits were observed in what could be considered models for common situations for a healthy person. Most previous human studies on spirulina examined either people with health problems or used extreme stress such as very heavy exertion.”

The study was supported financially by Cyanotech – a producer of spirulina and other nutritional products derived from cyanobacteria and other algae.

Spirulina is one of the oldest living organisms on earth. [Photo: Bigstock]