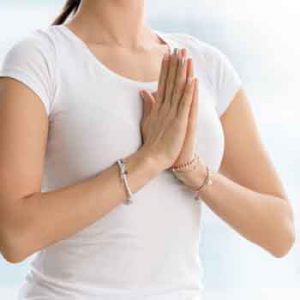 Natural Health News — A new study suggests one hour of yoga a day may have unexpected health benefits for patients with prehypertension.

Indian researchers examined the effect of hatha yoga on the blood pressure of older people with prehypertension.

They divided the 60 participants into two groups of 30. One group practiced hatha yoga for 3 months in addition to making conventional lifestyle changes, while the control group only made lifestyle changes.

Participants practiced 1 hour of yoga daily for 1 month with an instructor. Then, patients practiced yoga at home at the same rate for the remaining 2 months.

» Hypertension is a risk factor for heart disease and stroke. As such prevention is an important treatment strategy.

» In a new study an hour of hatha yoga a day reduced blood pressure in a way that could prevent prehypertension from becoming full blown hypertension.

» The researchers recommend that more patients should be ‘prescribed’ yoga to keep high blood pressure in check.

Results of the study were presented at the 68th Annual Conference of the Cardiological Society of India (CSI),

By comparison, the control group did not show any significant change in blood pressure.

Although these reductions appear to be small, they “could be clinically very meaningful because even a 2 mmHg decrease in diastolic blood pressure has the potential to decrease the risk of coronary heart disease by 6% and the risk of stroke and transient ischaemic attack by 15 percent.” Said lead researcher Dr. Ashutosh Angrish, cardiologist at Sir Gangaram Hospital in Delhi, India

The decreases seen in this study were enough to potentially prevent prehypertension from becoming full blown hypertension.

“Our research suggests that patients with prehypertension should be advised to practice hatha yoga (a combination of asanas, pranayama, and meditation) for 1 hour daily. It may prevent the development of hypertension and in addition give a sense of well-being.”