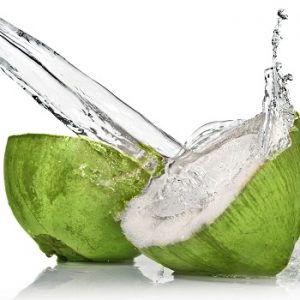 Natural Health News — Increasing levels of electrolytes such as potassium and magnesium, while lowering sodium intake, could be as effective as drugs for lowering blood pressure.

The conclusion comes from a new analysis which looked at the intake of electrolytes in relation to hypertension.

Electrolytes are minerals that have an electric charge. Dissolved in water or in blood, urine, tissues and other body fluids, they help increase electrical conductivity which helps ensure that nerves, muscles, the heart and the brain work the way they should. Key electrolytes include sodium, potassium, chloride, calcium, magnesium and phosphate.

Scientists from the Medical University Vienna reviewed of 32 peer-reviewed meta-analyses published within the last 10 years that studied the effect or association between electrolytes and blood pressure in humans. In a paper published earlier this month in the journal Nutrients​​​, they noted that the potassium’s ability to lower systolic blood pressure “was approximately in the order of 8 to 9 mmHg, which roughly equals a monotherapy with an antihypertensive drug.”​

Higher magnesium intake was also associated with beneficial effects on blood pressure, although the results were “moderate.”​

The analysis also found that existing literature about the role of calcium in blood pressure suggests that its benefits are restricted to the prevention of hypertension during pregnancy.

This, they argued, is supported by the fact that low dietary calcium intake has been recognised by most health authorities as a risk factor for the development of hypertension especially for women with a history of gestational hypertension. The World Health Organization, for example, recommends​​ daily calcium supplementation of 1.5–2.0 g oral elemental calcium for pregnant women with low dietary calcium intake to reduce the risk of pre-eclampsia and related complications

The results are encouraging for anyone suffering from uncomplicated high blood pressure. Electrolytes are widely available in mineral-rich whole foods such as leafy greens, cruciferous veggies like broccoli or cabbage, starchy vegetables like sweet potatoes or squash, bananas, and avocados as well as high water foods such as milk and yoghurt, coconut water, watermelon, celery and citrus fruits. They can also be taken as supplements and are a generally an inexpensive option for health maintenance.

More research is needed to understand the role of all electrolytes in mediating blood pressure, however. For instance the researchers noted that they could not find any good quality meta-analyses summarizing the effects of key elements such as chloride, phosphorus and sulphur, on blood pressure or hypertension risk.

“In general, few studies are available, which assessed the effect of these electrolytes on blood pressure,”​ they reported. “There are indications from observational studies that there might be some effects, however robust evidence is missing.”​

With better information a supplemental approach to uncomplicated high blood pressure could become a treatment option or some.