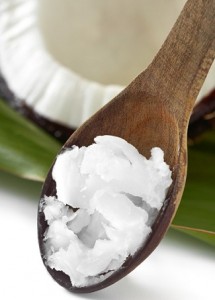 daily coconut oil intake and exercise training has an antioxidant effect that can reduce blood pressure.

Its unique combination of fatty acids boast profound positive effects on health, including fat loss, better brain function and many other remarkable benefits. Now Brazilian scientists say it could also be heart healthy.

In a study published in Applied Physiology, Nutrition, and Metabolism the scientists studied a strain of rat prone to hypertension. The team from the Biotechnology Center at the Federal University of Paraiba in Brazil found that both coconut oil and exercise training were able to reduce weight gain compared to animals that were given saline and were not exposed to the exercise training protocol along the 5 weeks of study.

The combination, say the researchers, appeared to oxidative stress in the serum, heart and aorta as well as restore the normal function of the baroreflex – or baroreceptor reflex – one of the body’s homeostatic mechanisms that helps to maintain blood pressure at nearly constant levels.

“This is an important finding as coconut oil is currently being considered a popular “superfood” and it is being consumed by athletes and the general population who seek a healthy life style,” explained Dr. Valdir de Andrade Braga, co-author of the study.

“The possibility of using coconut oil as an adjuvant to treat hypertension adds to the long list of benefits associated with its consumption. Our next step is to start some clinical trials in order to verify whether we can reproduce those findings in hypertensive human patients.”

daily coconut oil intake and exercise training has an antioxidant effect that can reduce blood pressure.