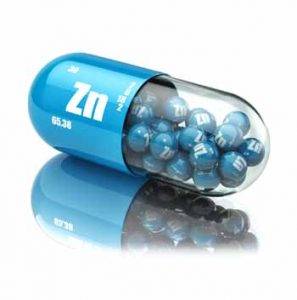 Zinc lozenges can, on average, cut the duration of your cold by 33%. [Image: Bigstock]

Who says there is no cure for the common cold?

According to a new analysis by Finnish scientists zinc lozenges can cut the duration of your cold by 33%.

Zinc lozenges appear to influence the common cold through the release of free zinc ions into the oro-pharyngeal region. Once released the zinc can disable to cold virus.  However, zinc ions can bind tightly to various chemical complexes in such a way that little or no free zinc ions are released.

Zinc acetate has been widely proposed as the most ideal salt for zinc lozenges since acetate binds to zinc ions very weakly (meaning it release more zinc more quickly). Zinc gluconate is another salt that has been frequently used in zinc lozenges but it binds the zinc ion more tightly.

» Both zinc acetate and zinc gluconate worked comparably well though zinc acetate was slightly better at doses under 100mg per day.

» As long as the formulation does not contain citric acid or citrate you can expect your zinc lozenge to cut the duration of a cold by 33%.

But in a review of existing data scientists found that there is very little difference between the two formulas.

The data also showed that higher doses of over 100mg per day, weren’t necessarily more effective that doses of around 80-92mg.

The researchers conclude that zinc lozenges can genuinely help relieve the common cold and add that patients should take lozenges that do not contain citric acid or its salt citrate because previous studies have found these inhibit the release of zinc.

Zinc lozenges can, on average, cut the duration of your cold by 33%. [Image: Bigstock]