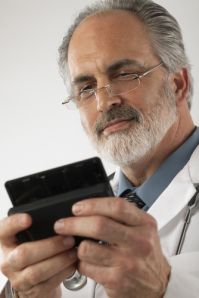 When doctors post a tweet or a blog - shouldn't they be obliged to say if a drug company if paying them to do it?

Natural Health News — As the use of Twitter and other social media by physicians and patients rises, more and more doctors seem to forget to do what many consider crucial for building doctor-patient trust: disclose potential conflicts of interest.

However, according to a recent review, doctors are not entirely at fault. Prominent medical societies have failed to lay out comprehensive guidelines for physicians on when and how to disclose a conflict of interest when utilizing social media.

Consumers in the dark

Without serious efforts to divulge such information – standard practice when publishing in medical journals and recommended in one-on-one contacts with patients – DeCamp says consumers are left in the dark.

“As physicians and patients increasingly interact online, the standards of appropriate behaviour become really unclear,” says DeCamp, who also holds a fellowship at the Johns Hopkins Berman Institute of Bioethics. “In light of norms of disclosure accepted throughout medicine, it’s surprising that major medical guidelines fail to adequately address this issue.”

Among the national organizations that have issued social media guidelines are the American Medical Association and the Federation of State Medical Boards.

The need for boundaries

DeCamp acknowledges that use of social media has the potential to improve patient care and trust by increasing patient access to information, but vigorous online “boundaries” are needed to not only assure privacy and confidentiality, but also to protect patients from misinformation and biased advice.

In an office setting, for example, when doctors prescribe a blood pressure medication, professional guidelines say they are ethically bound to tell patients if they have any financial relationship – such as receipt of consulting fees – with the company that manufactures the drug.

Guidelines also call for disclosure when they publish studies about blood pressure medication, and medical journals require them to fill out a detailed disclosure form. But online, it’s  clearly an unacceptably grey area.

How much can you say in 140 characters?

One reason may be difficulty in determining just how to disclose within the constraints of the online world, DeCamp notes. The popular social media tool Twitter, for example, allows each entry to be just 140 characters long. But a generic disclosure  such as “The author has no conflict of interest to report related to this tweet” is 70 characters – leaving little room to discuss the actual research.

DeCamp says one solution is the use of electronic tags that disclose conflicts of interest and follow the information tweeted – and re-tweeted – by a physician. At the very least, he says, doctors should post potential conflicts in their online profiles, and consumers should be wary of posts and advice from anyone claiming to be a doctor.

A problem on specialist sites too

The problem isn’t just confined to sites used by the public. One social networking website known as Sermo.com is open to physicians only and is designed to facilitate discussions of treatment options.

But DeCamp says the relative anonymity of the site means users don’t know about the potential conflicts of peers they encounter there, and whether information is biased because of financial conflicts. Although the site recommends voluntary disclosure, it is not required or monitored, he says.

Healthtap.com is billed as a free virtual “house call” service linking patients with physicians who quickly provide online answers to patients’ questions. Although physicians are identified by name, and the site terms require physicians to disclose, studies suggest physicians sometimes fail to disclose in the online realm. Patients again might be unable to tell whether conflicts have biased the answer.

The absence of stricter guidelines for online doctor-patient interactions is especially puzzling given the move to ever-stricter disclosure requirements offline. There has been a movement from simple disclosure to better efforts to manage and eliminate conflicts.

While some professional guidelines do recommend disclosure in social media, DeCamp says, they don’t lay out how it should be done, while many ignore the topic altogether.

“The history of conflict of interest in medicine is such that you don’t want to be late to the table You need to be proactive so that your undisclosed conflict doesn’t end up on the front page of The New York Times. Conflicts need to be disclosed and it’s surprising that we have so far to go regarding disclosure and management on social media.”

When doctors post a tweet or a blog - shouldn't they be obliged to say if a drug company if paying them to do it?