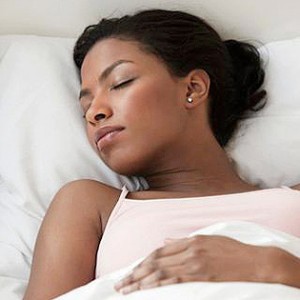 Natural Health News — A good night’s rest may can clear you head – literally.

For centuries, scientists and philosophers have wondered why people sleep and how it affects the brain. Only recently, for example, have scientists shown that sleep is important for storing memories.

Although based on an animal model, this fascinating study published in the journal Science, showed for the first time that the space between brain cells may increase during sleep, allowing the brain to flush out toxins that build up during waking hours. These results suggest a new and important role for sleep in health and disease.

“Sleep changes the cellular structure of the brain. It appears to be a completely different state,” said Maiken Nedergaard, MD, DMSc, co-director of the Center for Translational Neuromedicine at the University of Rochester Medical Center in New York, and a leader of the study.

Certain brain cells, called glia, control flow through the glymphatic system by shrinking or swelling. Noradrenaline is an arousing hormone that is also known to control cell volume. But when we are asleep noradrenaline levels drop, allowing certain important changes to take place.

The scientists discovered that during sleep a ‘plumbing system’ called the glymphatic system may open, letting fluid flow rapidly through the brain. The glymphatic system helps control the flow of cerebrospinal fluid (CSF), a clear liquid surrounding the brain and spinal cord.

The flush of this fluid into the brain also helps to clear away toxins, some of which are associated with Alzheimer’s disease and other neurological disorders.

To aid this flushing out, the scientists found that, when we are asleep, the space between our brain cells expands dramatically. For example, in the mice in this study, the space inside the brains increased by 60% when the mice were asleep or anesthetised.

All this activity is very energy intensive, however, and the scientists speculate that the brain has to make a choice about how best to manage the many demands made on it on a daily basis.

According to Dr Nedergaard, “The brain only has limited energy at its disposal and it appears that it must choice between two different functional states – awake and aware or asleep and cleaning up.

“You can think of it like having a house party. You can either entertain the guests or clean up the house, but you can’t really do both at the same time.”

Why this is important

Previous studies suggest that toxic molecules involved in neurodegenerative disorders accumulate in the space between brain cells. In this study, for instance, the researchers found that amyloid-beta, a protein that can build up in the brain and is associated with Alzheimer’s disease, cleared from the brain when the mice were asleep, suggesting sleep normally clears toxic molecules from the brain.

“These results may have broad implications for multiple neurological disorders,” said Jim Koenig, Ph.D., a program director at NINDS. “This means the cells regulating the glymphatic system may be new targets for treating a range of disorders.”

But the current study also places in to context previous studies linking insomnia and dementia. For example, in 2009 one animal study found that lack of sleep caused a build-up of amyloid beta in the brains of experimental animals.

Another published in 2010 found that amyloid beta levels in the spinal fluid of volunteers increased when they were awake and fell during sleep.

The researchers concluded that it was impaired clearance rather than overproduction of toxins that was linked to the development of Alzheimer’s. The results of study suggested that young and middle-aged adults who suffer from insomnia and other sleep disorders may be more likely to develop Alzheimer’s in later life.

Earlier this year another study found that sleep is disrupted in people who likely have early Alzheimer’s disease but do not yet have the memory loss or the other cognitive problems characteristic of full-blown disease.

The results of the current study highlight the importance of sleep. Put simply, “We need sleep. It cleans up the brain,” concludes Dr. Nedergaard.